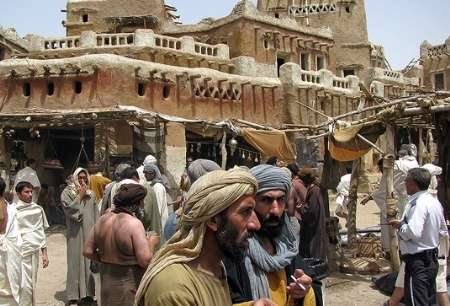 TEHRAN (Tasnim) – The first part of Iran’s big-budget trilogy on the life of Prophet Muhammad (PBUH) will premiere in cinemas across the country on August 26, an official announced.

Gholamreza Faraji, an official at Iran’s Cinema Organization told Tasnim on Monday that the movie “Muhammad (PBUH)” will premiere on the birth anniversary of Imam Reza (AS), the eighth Shiite Imam.

Academy Award-winning Indian music composer Allah-Rakha Rahman has written music for the movie. Known for his musical versatility, Rahman has innovated with different instruments and sounds to create some of India’s best-known musical hits for nearly two decades.

The use of eastern themes in Rahman’s music has apparently made Majidi to single out the renowned Indian composer for his latest movie.

His acclaimed film, Children of Heaven (1997), was the first Iranian film to have been nominated for an Academy Award (Best Foreign Language Film) in 1999.