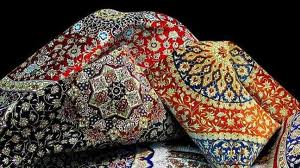 Iran to resume carpet exports to US when sanctions removed

Head of the Iranian National Carpet Center says the country has plans to resume carpet exports to the United States once sanctions imposed on Tehran over its civilian nuclear program are removed.

Hamid Kargar told IRNA on Wednesday that when Iran and the P5+1 group of countries clinch a final deal over Iran’s nuclear program, exports of Iran’s hand-made carpets to all markets, especially the United States, will see a sharp rise.

He added that sanctions imposed on Iranian carpet imports by the US in 2010 practically “deprived Iranian carpet exporters of trading in the US as the biggest importer of hand-made carpets from Iran.”

Kargar stated that Iranian carpet exporters have not been present in American market for five years as a result of which Indian carpets have taken the place of Iranian rugs.

The official said once anti-Iran sanctions are removed as result of a final nuclear deal, Iranian exporters should first monitor the American market for any change of taste and also assess the situation of rival countries in that market.

Sanctions were imposed on Iran by the US and EU at the beginning of 2012 with Western countries alleging that Iran’s nuclear program was diverted toward military purposes; an allegation Iran categorically denied.

Earlier on Tuesday, Iran and the P5+1 group – the US, the UK, Germany, France, China, and Russia – reached the conclusion of negotiations over Tehran’s civilian nuclear program, with the Islamic Republic and the sextet sealing an agreement.

Based on the agreement, the world powers have recognized Iran’s civilian nuclear program, including the country’s right to the complete nuclear fuel cycle. Iran and the six powers also agreed that all economic and financial sanctions against Iran will be removed through a Security Council resolution. In addition, all bans on Iran’s Central Bank, shipping, oil industry, and many other companies will be lifted and billions of Iran’s blocked revenues will be unfrozen.