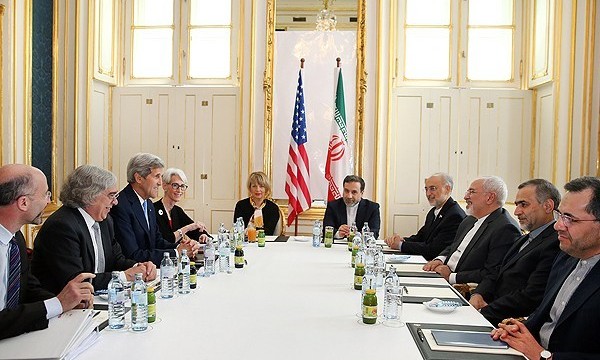 Iran, 5+1 talks are not bound by deadline: Source

Vienna, July 13, IRNA – An Iranian source close to nuclear negotiations commented on possible extension of the talks, saying the negotiators are not bound by any deadline.

The source talking to reporters here was commenting on a White House tweet which reported of a short term extention if talks do not reach a conclusion on Monday.

‘On June 30, ambassadors of the seven (negotiating) parties announced in a letter to IAEA director general that the Geneva Joint Plan of Action has been extended till further notice,’ the source said.

Earlier, Iranian Foreign Minister Mohammad Javad Zarif made clear more work was needed to seal a nuclear accord and indicated the work could not be finalized tonight.

Zarif also tweeted, ‘if an Iran Deal reached, triumph of diplomacy means we all will have won when we all could have lost. Plain and simple; no spin needed.’

Negotiations between Iran and six world powers (the US, Russia, China, France, Britain plus Germany) have apparently stalled over a number of issues.