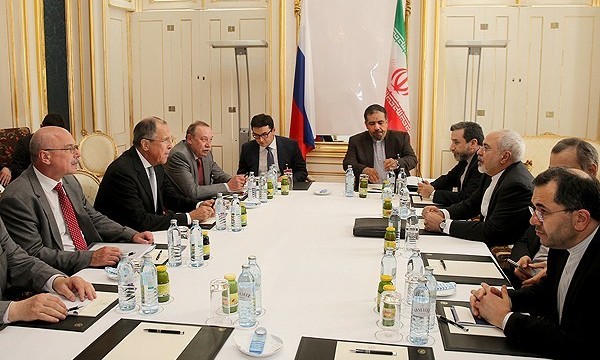 VIENNA (AP) — Negotiations over Iran’s nuclear program blew past the two-week mark in Vienna on Saturday ahead of a new deadline for a deal, with the United States and Iran both threatening to walk away.

Despite hints of progress since U.S. Secretary of State John Kerry and Iranian Foreign Minister Mohammad Javad Zarif traded accusations of backtracking on Thursday, diplomats said it remained unclear whether negotiators would be able to meet the Monday deadline, the fourth since talks began 15 days ago.

The Chinese and Russian foreign ministers have said they will come to Vienna if a deal appears close.

On Friday, Kerry suggested that some progress had been made, telling reporters that the “atmosphere is very constructive,” but stressing that “very difficult issues” remained to be resolved.

Those comments came a day after he had declared for the second time in the current round that the negotiations could not be open-ended, warned that the U.S. was prepared to call an end to the talks and challenged Iran to make tough choices to seal a deal.

Zarif responded by accusing the United States and its European partners of backtracking on previous commitments and calling on the U.S. to end its “obsession” with sanctions.

Any deal is meant to clamp long-term and verifiable restrictions on Iranian nuclear programs that are technically adaptable to make weapons in exchange for sanctions relief for Tehran.

Friday’s tougher rhetoric mirrored negotiators’ frustrations. The current round that was supposed to conclude on June 30, but was extended until July 7, then July 10 and now July 13.

Another unresolved matter is Iran’s demand for a U.N. arms embargo to be lifted as part of sanctions relief, a stance supported by Russia and China but opposed by the U.S. and some Europeans.

The sides had hoped to seal a deal before the end of Thursday in Washington to avoid delays in implementing their promises.

By missing that target, the U.S. and Iran now have to wait for a 60-day congressional review period during which President Barack Obama cannot waive sanctions on Iran. Had they reached a deal by Thursday, the review would have been only 30 days.

Iran is unlikely to begin a substantial rollback of its nuclear program until it gets sanctions relief in return.