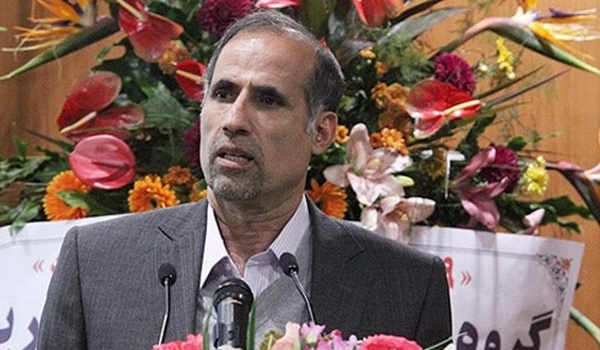 “The Iranian industry and trade ministry is ready to increase the volume of Iran’s exports to Russia,” Head of Iran’s Trade Promotion Organization (TPO) Valiollah Afkhamirad said in a meeting with Russian Deputy Trade and Industry Minister Georgy Kalamanov on Saturday.

The Russian deputy industry and trade minister, for his part, pointed to the status of Tehran-Moscow relations, and said, “We are calling for the further cooperation of the Iranian side in exporting its goods to Russia in view of the sanctions conditions and also Russia’s big market.”

Afkhamirad and Kalamanov also underlined the need to facilitate issuance of visas for the two countries’ nationals.

In May, Evgeny Kulish, Russia’s Consul General in Isfahan, underlined his country’s willingness to import agricultural products from Iran.

The Russian diplomat also called for broadening of economic cooperation between Isfahan province and Russia, and said, “Russia can become a good trade partner for the province.”

Meanwhile, Qassemali Jabbari, a member of Isfahan Chamber of Commerce, called for the expansion of bilateral relations with Russia.

“The (Iranian) Agricultural Jihad ministry is doing its best to facilitate exports of Iranian products to enable the Iranian companies to easily export their products to Russia,” Hojjati said in a meeting with Iranian Ambassador to Moscow Mehdi Sanayee in the Russian capital.

He noted that the Iranian Agricultural Ministry has issued the needed permissions for the companies specializing in fishery products to start exports.

The Iranian ambassador to Moscow, for his part, pointed to the vast capacities existing for Iran-Russia cooperation in foodstuff and fishery areas, and expressed the hope that the two countries’ cooperation in this field would expand.

“The protocol on export of livestock and fishery products has been handed over to the Russian side and it will be signed within the next one month,” Sinaki said, addressing the Iran-Russia Trade Conference in Tehran.

He noted that promotion of Halal products and setting up Iran’ Trade Center in Moscow could also be discussed with the Russian officials in Moscow as the two sides prepare to sign the cooperation agreement.

Russia and Iran have been negotiating a deal that could see Moscow buy up to 500,000 barrels of Iranian oil daily in exchange for Russian equipment and goods. The talks reached progress late last year, ahead of the sanctions relief for Tehran under the November nuclear deal struck by world powers and Iran’s government.