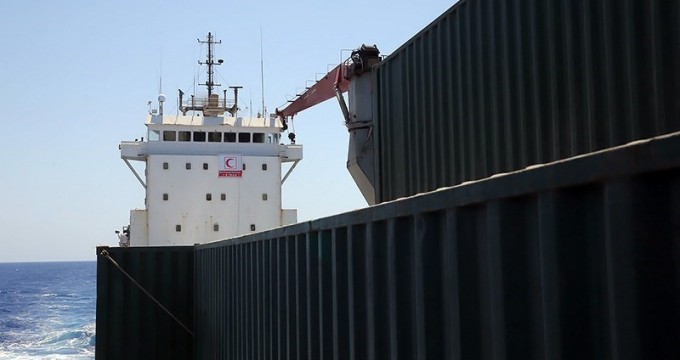 Iran ready to send another humanitarian aid cargo to Yemen

TEHRAN (FNA)- The Iranian Red Crescent Society is ready to send another ship with relief aid to Yemen via Oman, IRCS officials announced.

“A cargo of medical aid weighing over 140 tons has been prepared and will be sent to Yemen after coordination,” Shahabeddin Mohammadi Araqi, the IRCS deputy managing director for international and humanitarian affairs, said on Monday.

Noting that the Red Crescent has set up a logistics center in Oman’s Salalah port and has provided Iran with the list of the needed items for the war-hit Yemeni people, he said, “The Red Crescent will send the aid to Yemen through sea and land routes.”

Mohammadi Araqi didn’t declare the exact date for the dispatch of the aid cargo to the Yemeni people, but expressed the hope that it would be sent soon.

Earlier this month Iran announced preparedness to dispatch humanitarian aid to the war-stricken Yemeni people with the help of the Red Cross.

“The Islamic Republic of Iran is ready to provide the International Committee of the Red Cross (ICRC)’s widespread and systematic program with humanitarian aid and facilities,” Iranian Deputy Foreign Minister for Arab and African Affairs Hossein Amir Abdollahian said in a meeting with the head of the ICRC delegation in Yemen, Cedric Schweizer, in Tehran.

“It is unacceptable that the Yemeni wounded, specially the children and women, are deprived of the right to access the medical and drug aids due to the continued cruel marine and aerial siege and there is no possibility for their transfer outside Yemen for treatment,” he added.

Last month, Iranian Foreign Minister Mohammad Javad Zarif in a meeting with Under-Secretary-General and Emergency Relief Coordinator Valerie Amos expressed regret over the slow trend of the delivery of relief aids to the war-stricken Yemeni people.

During the meeting in Tehran, both sides discussed ways of providing the people of Yemen with relief aid, and stressed expediting the process.

Zarif referred to repeated violations of the cease-fire in Yemen by the Saudi-led coalition, and said that as a result, rapid and complete dispatch of aid has been troubled.

Denouncing the current trend of the international relief aids to Yemen, he added, “Implementation of the UN Security Council’s resolution shouldn’t hamper the process.”

He also suggested establishing safe areas in Yemen where urgent humanitarian aid could be sent.

Iran has sent a large amount of humanitarian aid to Yemen and intends to send more but the Iranian officials insist on unloading the cargos in Yemen to provide the Yemeni people with foodstuff and medical aid directly.

The 2,500-ton cargo of the Iranian ship carrying humanitarian aid to Yemen was discharged at Djibouti port in May.

The Iranian ship named ‘Iran Shahed’ loaded with pharmaceuticals and medical equipment was unloaded and delivered its aid cargo to the UN at a port in neighboring Djibouti.

Iran Shahed that was sent by the Iranian Red Crescent Society (IRCS) to Yemen on May 13 changed its direction towards Djibouti while in the Gulf of Aden a few days ago to be inspected by the UN.

“A 12,000-ton shipment of Iran’s relief aids is being prepared for dispatch to Yemen,” Ziyaee said.