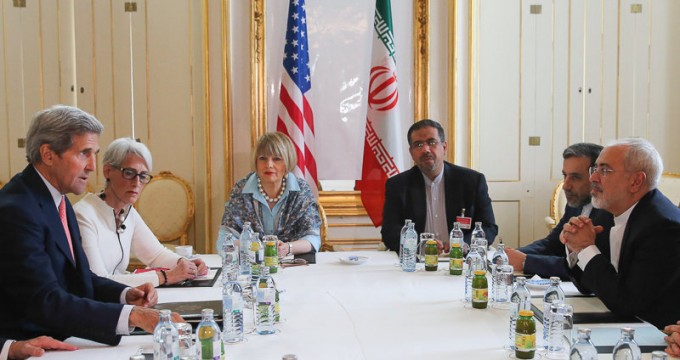 Foreign Ministers joined nuclear talks between Iran and the 5+1 Powers on Saturday, hoping to complete a final deal by or soon after a June 30 deadline.

At the start of a meeting in Vienna with Iranian Foreign Minister Mohammad Javad Zarif, US Secretary of State John Kerry said, “I think that everybody would like to see an agreement, but we have to work through some difficult issues.”

Zarif responded, “I agree, maybe not on the issues, but on the fact that we need to work really hard in order to be able to make progress and move forward.”

Senior US officials — who until recently had said the agreement should be confirmed by June 30 — put out the line that they want to put a deal before Congress by July 9.

Their goal is to bridge a number of technical and political divides over the next week in hopes of getting a final accord to Congress by July 9.

If that date is met, Congress will have 30 days to review the agreement. After July 9, the review period is extended to 60 days because of the August Congressional recess.

What we want is a robust deal that recognizes Iran’s right to civil nuclear power, but guarantees that Iran gives up definitively the nuclear weapon.

For this there are three indispensable conditions: a lasting limitation of Iran’s research and development capacity; a rigorous inspection of sites, including military if needed; and the third condition is the automatic return of sanctions in case it violates its commitments.

Last week, Iran’s Supreme Leader restated red lines for any agreement including a limited period of restrictions on uranium enrichment; continued R&D at nuclear facilities; the lifting of most US-led sanctions on the day of signature of an agreement; and a ban on inspections of military sites and interrogations of nuclear scientists.

Since an April 2 nuclear agreement, Iran and the 5+1 Powers (US, Britain, France, Germany, China, and Russia) have held eight sets of talks to draft a final text. They had hoped to meet the June 30 deadline, set last November, but Iran, France, and Britain had all recently indicated that they were looking for resolution within a “few days” after the cut-off.