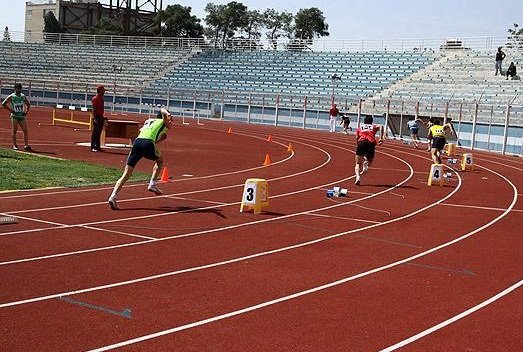 5 medals for Iran on 1st day of Asian Grand Prix

TEHRAN, Jun. 23 (MNA) – On the First day of the Asian Athletics GP in Thailand, Iranians staged an impressive performance with 5 medals.

The Iranian contingent has bagged 3 golds and 2 bronzes on the first day of the Asian Athletics Grand Prix.

Iranian sportsman Keyvan Ghanbarzadeh who holds the Iranian national record in the high jump exhibited impressive performance with a top effort of 2.26 meters and snatched the gold medal.

A Syrian athlete stood after Ghanbarzadeh and a Chinese got the third title in the contests.

Mohammadreza Vazifedoust was the other Iranian of the event who got to the seventh place with a top effort of 2.19 meters at the end of the day.

Hossein Taftian from Iran clocked 10.24 seconds in the 100 meter final and won another gold medal.

Sajjad Hashemi Ahangari was the other gold medalist of Iran who ran 400 meter final in 46.72 seconds.

Sepideh Tavakkoli got the third title of the long jump event in womens section and brought home the first bronze medal of Iran in the 2015 Grand Prix Series.

The Iranian middle distance runner managed to win the bronze medal in 1:50:15, after the topper from India and the Sri Lankan athlete with 1:49:53 and 1:49:96 records respectively in the contests.

The other Iranian contestant of the event Moslem Niadoust clocked 1:50:24 and reserved the fourth title.