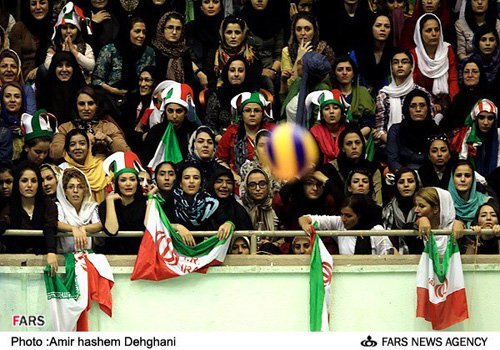 The international volleyball federation says it has received assurances from Iran that women will be allowed to attend a world league match in Tehran on Friday amid concerns that the country might backtrack at the last minute.

Women’s rights activists have complained that Iran appeared to be retreating from an earlier decision to ease restrictions on female attendance due to increasing pressure from hardliners. Hopes that the longstanding ban could be eventually overturned is left hanging in the air with various officials expressing conflicting statements.

Iran’s men’s team are due to play the US on Friday and again on Sunday at the Azadi sport complex in Tehran. Further home games against Poland are scheduled for later this month.

Volleyball’s governing body, the FIVB, said it was monitoring the situation closely. It remains to be seen whether it would intervene to stop the events should it become clear that Tehran will not sell tickets to women.