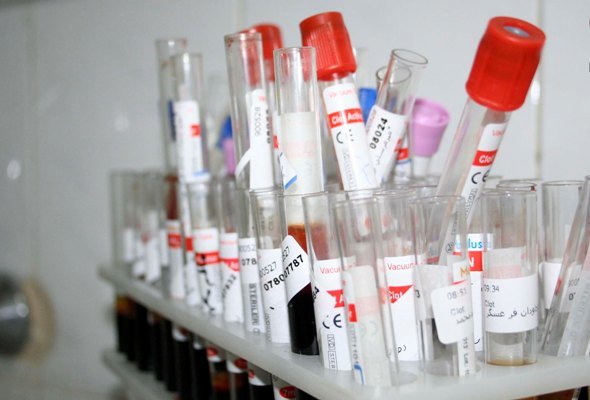 TEHRAN (FNA)- Head of Pasteur Institute of Iran Mostafa Qaneyee announced the country’s self-sufficiency in hepatitis vaccine production, and said Iran can now start exporting the product to those nations in need.

“We have gained self-sufficiency by annually producing 5mln dozes of Hepatitis B vaccine and are ready to export,” Qaneyee told FNA on Sunday.

He added that the country has also produced three other medicines, including the Rabies vaccine, Pegylated Interferon (PEG-IFN) to treat hepatitis and Pegylated Erythropoietin to treat the patients with kidney problems.

Qaneyee said that the three new drugs are still waiting for authorities’ permission to enter the Iranian market.

The three drugs include orlistat palate, bicarbonate bag and solamar medication used for treating patients who need dialysis or suffer from harsh kidney diseases or damage.

Also a mask and a water treatment system produced through the application of nanotechnology were unveiled in the ceremony held at Soha company near Tehran in the presence of Iranian Vice-President for Science and Technology Sorena Sattari.

“Today 12 new medical products in 20 forms of drugs which have been produced by 8 pharmaceutical companies were unveiled,” Iranian Health Minister Seyed Hassan Qazizadeh Hashemi said, addressing the ceremony in Tehran.

Qaneyee announced in 2014 that Iran would start mass-production of 10 new home-made biomedicines in the next few years.

“A number of the mentioned medicines have applications as multipurpose drugs for treating diseases like cancer, as well as (diseases caused during) chemotherapy stages and hepatitis C,” he added.

“The industrial and semi-industrial stages of producing the mentioned drugs will be gradually completed between the next 2 to 3 years,” Qanayee underlined.

The tubular centrifuge was unveiled in a ceremony in the presence of Qazizadeh Hashemi, Head of the Atomic Energy Organization of Iran (AEOI) Ali Akbar Salehi and Vice-President for Science and Technology Sorena Sattari.

Addressing the ceremony, Salehi underlined that the new generation of the centrifuges was more advanced than the former machines which were used for producing drugs and it had been equipped with monitoring and control systems.

He also announced Iran’s plans to manufacture a newer generation of such centrifuges in the next 8 months with a rotating power of 100,000rounds per minute.

Noting that at present 800,000 patients in Iran use radio medicines in their treatment, Salehi said, “We are making joint efforts with the health ministry to build an all-inclusive special hospital which includes different types of equipment for radiotherapy.”

The AEOI announced in December plans to expand cooperation with the health ministry to offer more services to the public.