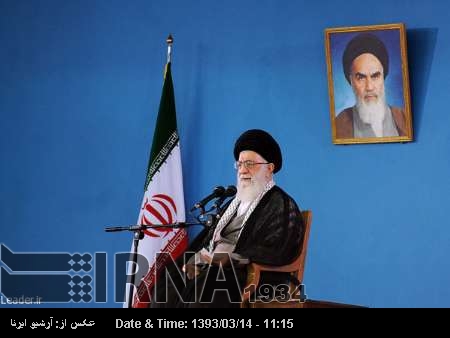 The Supreme Leader gave major part of his speech he delivers every year to mark anniversary of departure of Imam Khomeini to accounts and events about national economy and Iranian relations with the United States under presidency of Ronald Reagan, the Leader said that the then U.S. president made overture for rapprochement with Iran, but, Imam Khomeini did not trust the US bid.

The Supreme Leader said that the late Imam Khomeini did not trust the western leaders, but. used to reply to their congratulatory messages they sent in different occasions in light of his belief in mutual respect.

The Supreme Leader made clear that the Shia religion of Islam is dynamic and forward-looking and the Shia Muslims are willing to make progress to achieve welfare and prosperity and live in dignity.