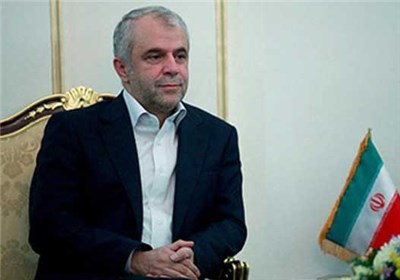 Saudi offenders to be tried in 2 weeks: Iran’s Hajj chief

TEHRAN (Tasnim) – Head of Iran’s Hajj and Pilgrimage Organization Saeid Owhadi said that the two Saudi police officers who molested two Iranian teenagers at Jeddah Airport will go on trial before the lunar month of Ramadan (starts on June 18).

Speaking to the Tasnim News Agency on Monday, Owhadi announced that Saudi Arabia’s Hajj and foreign ministers have promised that the trial of the two offenders will be held before the holy month of Ramadan.

The Iranian consul general in Jeddah as well as a representative from Iran’s Hajj and Pilgrimage Organization will definitely take part in the court sessions, he added.

Back in April, the two Iranian teenage boys were harassed by two Saudi officers at Jeddah’s King Abdulaziz International Airport when the offenders took them away during body search, citing suspicion.

Iran suspended the Umrah (minor) Hajj pilgrimage in the wake of the molestation, saying that the situation will be normalized once Riyadh hands out the maximum punishment to the offenders.

In his Monday remarks, Owhadi expressed the hope that the trial would be held as soon as possible, but at the same time noted that it would not lead to an immediate resumption of Umrah pilgrimage.

“Once the court is held, we will start negotiations with the Saudi Ministry of Hajj,” he said, adding that Iran should be assured of the security of its pilgrims.

Iran will not decide on the resumption of Umrah Hajj pilgrimage unless Saudi officials give sufficient guarantees that they would ensure the security of Iranian pilgrims, he went on to say.