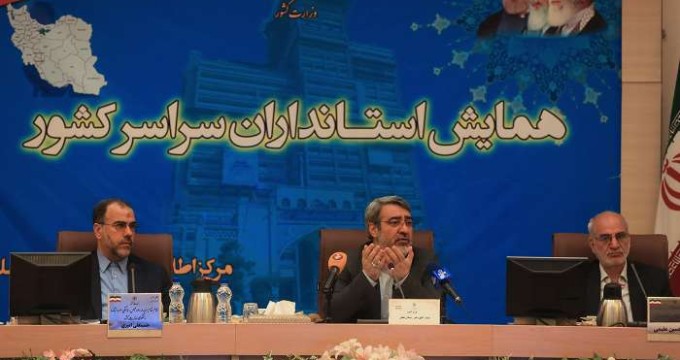 Interior Minister: Government is not in favor of any front in Parliamentary elections

Tehran, May 30, The Iran Project – The government certainly does not support any group for the upcoming Parliamentary Elections, Iran’s Interior Minister, Abdolreza Rahmani Fazli, in a speech to governors and provincial governors on Saturday, ISNA reported.

Iran’s Interior Minister said “we, as Government and those who organize and hold the elections, are not in favor of any faction,” stressing that government is seeking to fully establish the electoral justice, which is the proper implementation of the law.

Referring to the upcoming Parliamentary and Assembly of Experts elections, Abdolreza Rahmani Fazli noted that these days, some try to use the power of government to their advantage but undoubtedly any violation of law will be completely observed by the executive agencies.

He also warned those who misuse cyberspace for making baseless charges against others during the elections, saying that Interior Ministry will certainly pursue defamation in cyberspace.

In his annual message to the Iranian nation on the occasion of the Persian New Year, Iranian President Hassan Rouhani called the coming year “the year of elections,” saying that “Let’s join hands to elect a parliament that deserves the Iranian nation and also vote for an Assembly of Experts that could bring more stability to the country and further peace to public opinion.”

Iranians will vote for a new parliament on February 26, 2016, when elections for the Assembly of Experts are also due.