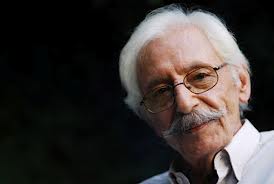 Veteran Iranian actor to be tributed

The artist will be honored at the closing ceremony of the First ‘My Modern Iran’ photography festival on May 27, Fars News Agency reported.

The event will be held at Shahid Beheshti University.

Mashayekhi began professional acting on stage in 1957. His first feature film role was in ‘Brick and Mirror’ (1965, Ebrahim Golestan). In 1969, he acted in ‘The Cow’ by Darius Mehrjoui and ‘Kaiser’ by Massoud Kimiai.

Mashayekhi commonly takes on the role of an elderly grandfather because of his white hair and charismatic face and figure. He received a best performance award for ‘The Grandfather’ (1985, Majid Qarizadeh) from the First Festival of Non-aligned Countries in North Korea.