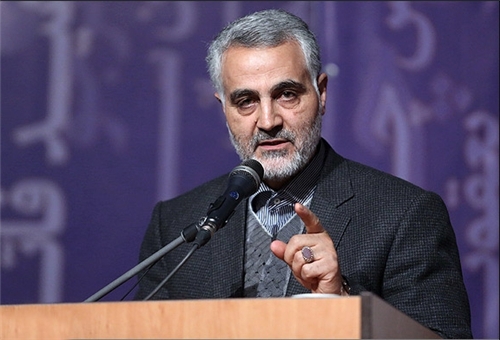 Iran daily: Tehran responds to Islamic State’s advance — “We are backing Iraq with all our might”

Responding to the Islamic State’s takeover of Ramadi in western Iraq, high-level Iranian officials said on Sunday that they are backing the Iraqi Government with “all their might”.

Deputy Foreign Hossein Amir Abdollahian gave the assurance to an Iraqi Kurdish official: “The Islamic Republic of Iran believes an integrated, united and strong Iraq guarantees the interests of all ethnic groups and tribes in the country in line with regional interests.”

Amir Abdollahian expressed his hope that the Iraqi nation and government “would soon root out the menace of Islamic State Takfiri terrorists”.

The head of the elite Qods Force of the Revolutionary Guards, General Qassem Soleimani, reinforced the line at a ceremony marking an Iranian victory in the 1980s war with Iraq.

Soleimani called the Islamic State a “major threat” and said, “Fighting the terrorist group is equal to securing national interests.” He claimed that the US was effectively helping the militants by not intervening against them:

How is it possible for the US troops to be present in Ramadi under the pretext of supporting Iraqi nation and yet not to do anything to stop the killings there? Can this fact mean anything other than their involvement in the conspiracy?

The Islamic State took over Ramadi, the capital of Anbar Province in western Iraq, on May 17. On the same day, Iranian Defense Minister Hossein Dehghan went to Baghdad to discuss the next steps with Iraqi officials, including Prime Minister Haidar al-Abadi.

Iranian commanders, including Soleimani, have worked with Iraqi forces and Shia militias to counter the Islamic State since the militants rapidly advanced across northern and eastern Iraq in June 2014, including the capture of Iraq’s third city Mosul. Iranian fighters have also been deployed on occasion.

Last week, US officials confirmed that Iranian troops, heavy weapons, and drones are involved in the effort to reclaim the Baiji oil refinery, 130 miles north of Baghdad, from the Islamic State.

Deputy Head of Armed Forces: US Created Islamic State But Will Lose in Syria

The deputy head of Iran’s armed forces has repeated Tehran’s line that the US created the Islamic State, while insisting that Washington will “suffer a bitter defeat” in Syria.

General Massoud Jazayeri told commanders and officials on Sunday, “Syria is regarded as an important country and a key link in the resistance [front] and all have the duty to stand by the great Syrian government and nation in the US proxy war.”

He explained that the creation of the Islamic State was part of a US plan to spread Islamophobia and to create the “New Middle East” to serve Israel’s interests.

“The modern world now faces a new form of the greatest act of state terrorism whose destructive consequences will definitely affect [the countries] outside the region and the governments sponsoring it as well,” Jazayeri said.