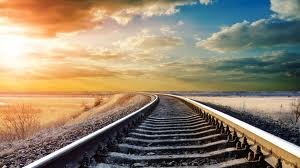 $25b needed to develop railroads

The national railway sector requires $25 billion in investment to achieve the development goals outlined in the 2025 Vision Plan, minister of road and urban development, Abbas Akhoundi was quoted by IRNA as saying on the sidelines of the 3rd International Exhibition of Rail Transportation in Tehran on Sunday.

Noting that annual investment of about $3 billion is required for development of infrastructure and superstructure as well as buying the necessary equipment, the minister said achieving this level of investment is “not a far-fetched goal” for the government.

In a separate remark, minister of industry, mine and trade, Mohammad-Reza Nematzadeh on Sunday said the national railway system requires at least $7-8 billion investments within the next five years.

He stressed the need to increase domestic manufacturing, noting that the country currently has the capacity to manufacture 5 passenger cars, 3,000 freight cars, and about 50-60 locomotives per year.

Plans to develop the national railway’s capacity have been on the government’s agenda since the new administration, led by President Hassan Rouhani, assumed office in 2013.

The Rail Transport Development Plan, approved by the Economy Council last year, aims to increase the capacity of railroads for freight and passenger transport, in a bid to reduce pollution and increase fuel efficiency.

The plan aims to increase the capacity of railway network for freight and passenger transport from 21.7 billion ton-kilometer (tkm) and 17.4 billion passenger-kilometer (pkm) in 2013 to 75.8 billion tkm and 34.2 billion pkm in 2023 respectively.

Abbas Akhoundi, Iran's Minister of Road and Urbanization, Iran's railroad projects May 19, 2015
Iran goes back to the future at Venice Biennale
NIDC to get two new offshore rigs