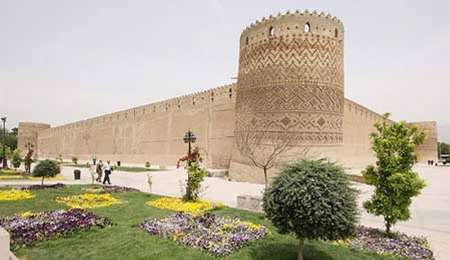 Following the destruction of Shiraz’s historical texture due to development projects, namely the development of Shah Cheragh, recent reports indicate that the previously unknown fate of the city’s historical structures may have been sealed.

In a report published Sunday by Mehr News Agency, it has been stated that 44 historical houses in Shiraz, Fars Province are slated to be restored once their ownership by Iran’s Cultural Heritage, Handicrafts, and Tourism Organization (ICHHTO) is confirmed.

Razing History
Two years ago nearly 100 historical houses – some of which were nationally-recognized heritage sites – were destroyed to pave the way for construction and development projects.

The destruction of the city’s history was preceded by the demolition of 87 historical structures, including bathhouses and schools 14 years before, to allow contractors to connect Shah Cheragh to the mausoleum of Seyed Aladdin Hossein.

In February, just as developers were pinpointing Shah Cheragh’s surrounding structures to be demolished, the Supreme Council of Architecture and Urbanization convened and passed a resolution banning the project, a move which was met with fierce opposition from provincial officials, including members of Shiraz City Council and the Shiraz Municipality.

Restoring the Past
According to the report, the municipality and ICHHTO signed an agreement two weeks ago to cooperate on the restoration of 44 historical houses which are located right in middle of the 57 hectares targeted by Shah Chergh’s developers. The houses were reportedly bought by ICHHTO years ago to be repaired and restored; however, lack of funding combined with mismanagement prevented the revival of the historical structures.

The agreement allows ICHHTO and Iran’s Revitalization and Utilization Fund for Historical Places to supervise the restoration effort of the houses, while obliging the Shiraz Municipality to conduct the restoration project.

“The officials at the municipality told ICHHTO that they have the means to restore the structures and therefore they should be the ones leading the restoration effort,” said the deputy of cultural heritage at ICHHTO Mohammad Hassan Talebian, adding: “We agreed, on the condition that we be given a supervisory role.” The municipality and ICHHTO both have to fund the restoration project, according to the agreement.

Elaborating on the municipality’s change of heart regarding the demolition of Shiraz’s historical structures, Talebian cited the recent increase in attention given to cultural heritage in Iran as the driving force of the city officials’ U-turn.

Missing Deeds
The restoration project will only begin after the structures have been assessed by experts and the deeds to houses are issued, according to the director of the Iran’s Revitalization and Utilization Fund for Historical Places Ehsan Iravani.

“Furthermore, none of the historical houses are registered on our list,” he said, adding that the government should give his organization permission to take active part in the restoration project and fund the effort.

As it stands, the missing deeds of the historical houses need to be issued before experts can assess the cost of restoring the structures and the project can begin. There is a long way to go before the residents of Shiraz get to see their city’s historical buildings restored to their former glory.