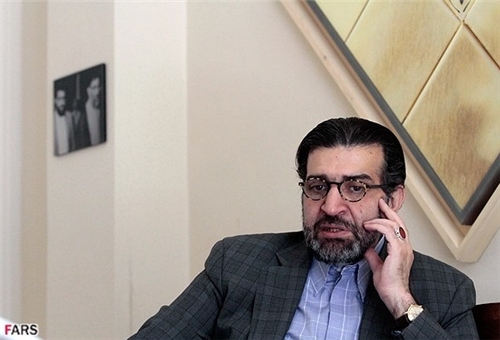 Nuclear deal to prevent war in ME: ex-diplomat

TEHRAN, May 11 (MNA) – In an interview to Spain’s El Mundo, Sadegh Kharrazi Iran’s former ambassador to France has said a nuclear deal will prevent war in Middle East.

Has Iran reached a nuclear deal?

Yes, because Iran’s right to continue its nuclear activities are respected. I believe that both parties to these negotiations have achieved their objectives. We are talking about negotiations wherein one gives something and in exchange receives something.

I believe that they will fulfill their commitments because they have no other option. They were more interested in entering these negotiations than us.

Following years of mistrust, do you trust the US?

My personal experience has proven to me that the US and Europe have never been loyal to Iran. During all these years, the US has launched false propaganda against Iran and created this image that Iran intends to build a nuclear bomb. Today, this statement has no benefit for them and due to security issues, they need to reach an agreement. Now we must trust them.

Obama has stated in his latest interview that Iran will continue its support of the terrorist organizations. How could Iran help to guarantee the security of the region?

But Iran supports the Syrian President, Hamas and Hezbollah,…

Hamas and Bashar Assad are the symbols of resistance against the West. We help all governments in the region which have been democratically elected.

Then why do you support the acts of rebellion by the Houthis in Yemen against the president?

The issue is that you don’t comprehend the reality in Yemen and Syria. Why do you call them rebellious? They are revolutionaries and I assure you that they will be victorious. Iran supports Bashar Assad for three reasons; it is a government which has democratically come to power, it is the symbol of resistance against the West and that is why the West does not accept it and the last point is that the people like this government.

Iran is fighting alongside the US in Iraq against ISIS. Why isn’t Iran a member of the international coalition to fight against ISIS?

We will never be dominated by another country, not even the US. We support the government in Baghdad and we are the US’ ally in this fight but not under its control.

Will the nuclear agreement increase Iran’s hegemony and dominance in the region?

Iran does not seek to dominate the region. The nuclear deal has no relation with our role in the Middle East.

But Saudi Arabia and Israel do not trust what is going to happen in the future.

All Arab states of the region and Israel are under the US’ dominance. They are afraid that, in case of the improvement of relations between Iran and the US, they might lose the US’ support; exactly like the puppets they really are.

Israel has asked that Iran recognize Israel during the course of negotiations. Will you accept its demand?

If Israel fulfils its commitments and respect the UN resolutions with regard to the dispute in Palestine, then we will decide about this matter. We have nothing against the Jews but we are against the hegemony of Zionism.

Do you believe that the improvement of relations between Iran and the US would be beneficial for Iran?

I have always supported the reestablishment of relations between Iran and the US on the condition that the US respects our reality. That is why I have always been criticized.

Do you believe that there is the possibility of opening the US embassy in Tehran?

This depends on the US’ behavior.

Does Rohani seek the improvement of relations between Iran and the US?

This is an issue which is not decided only by the government.

What is the position of the Supreme Leader in this regard?

Ayatollah Khamenei does not oppose the improvement of relations but he believes that it will happen only if the US leaves its historical policy which pursues dominance over the region and becoming the big power of the Middle East.

Will the nuclear deal prevent the occurrence of a war in the Middle East?

I have no doubt about it. It is impossible that the problems of the region would be resolved without Iran’s presence. This agreement will prevent a war.