A look at Iranian newspaper front pages on May 11

The vehement opposition of the parliament speaker to a motion filed by fellow principlist MPs calling for a halt to negotiations with P5+1 dominated the front pages of Iranian newspapers Monday. Comments of the minister of culture and Islamic guidance about the freedom of press were also in the news.

Afarinesh: Parliament speaker has voiced opposition to [a motion that called for] a halt to nuclear negotiations [with P5+1]. 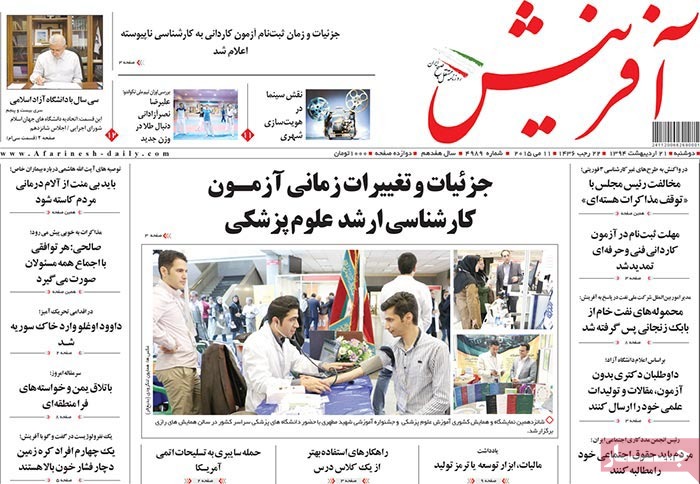 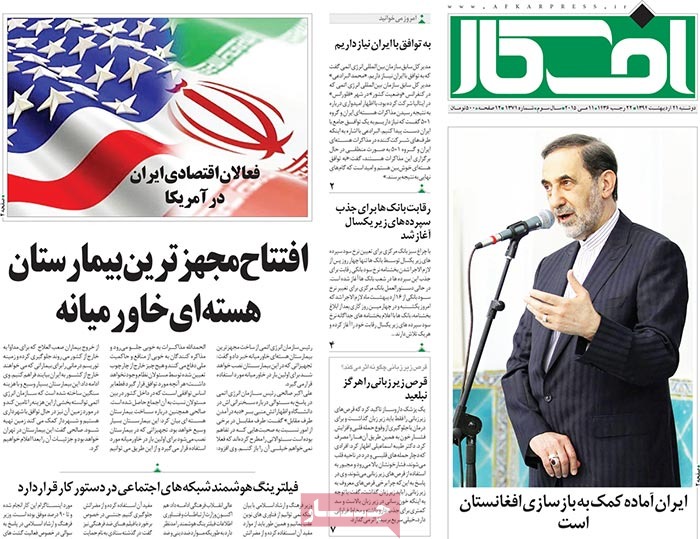 Aftab-e Yazd: “Removal of satellite dishes from rooftops has failed to produce the intended result,” said the minister of culture and Islamic guidance.

Aftab-e Yazd: At a meeting with her Iranian counterpart in Tehran, the South African foreign minister said sanctions against Iran have been illogical.

Aftab-e Yazd: Residents will have to pay for calling 118 [the nationwide telephone directory service]. 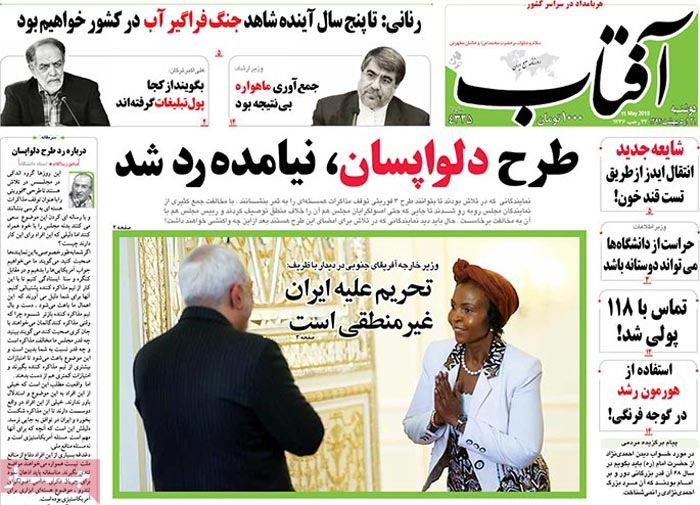 Ebtekar: As many as 700 university professors have signed a letter to the heads of the three branches of government calling for authorities to counter extremism. 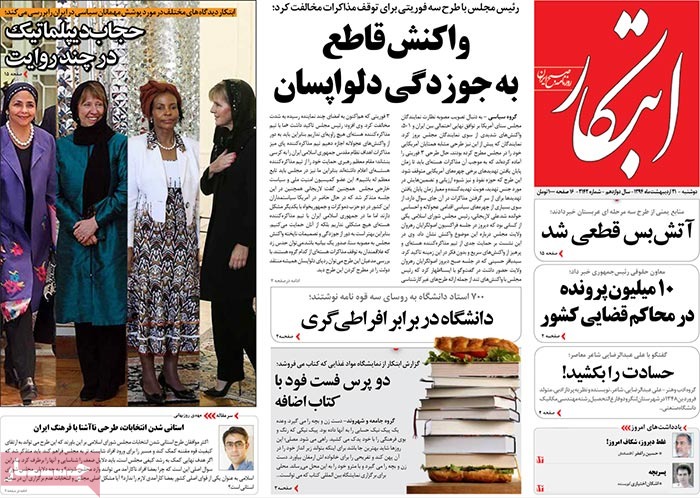 Emtiaz: In a rare phenomenon, a coat of snow has blanketed Tochal Heights [to the north of Tehran] with the capital experiencing 30º C temperatures.

Emtiaz: More than 1.3 tons of pornography and smuggled DVDs have been destroyed in the capital. 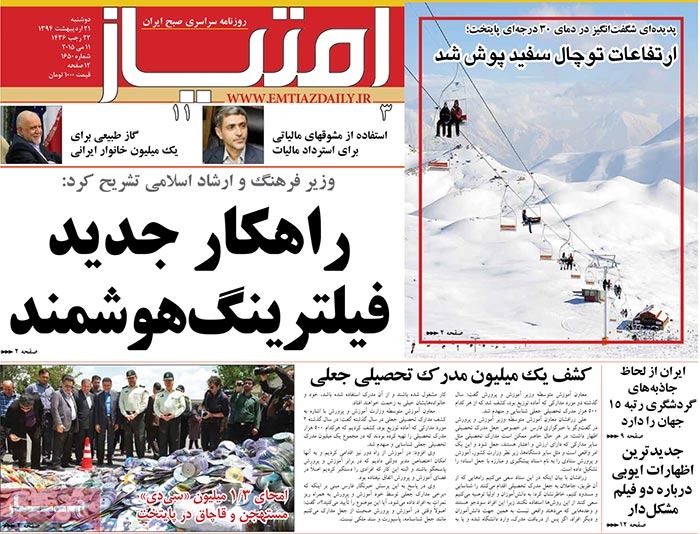 Ettela’at: “Family attorney” and “Legal representation insurance” initiative will be implemented in the country. 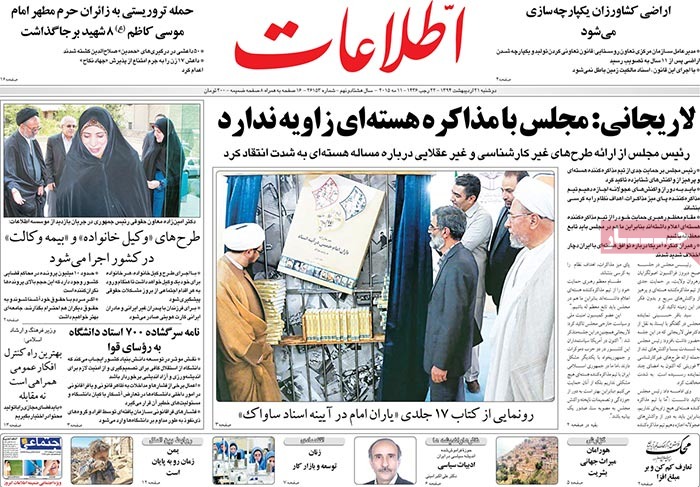 Hambastegi: “Even those who are more powerful than the Saudis cannot harm Iran’s interests,” said Ali Akbar Velayati, the chairman of the Center for Strategic Studies. 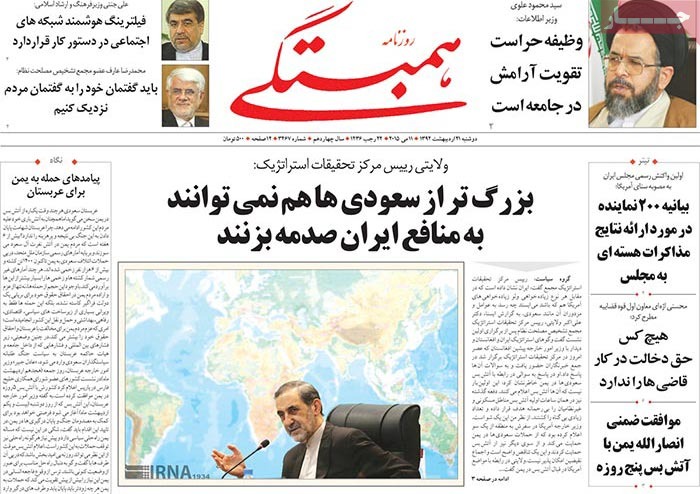 Iran: The minister of culture and Islamic guidance has explicitly supported freedom of press. 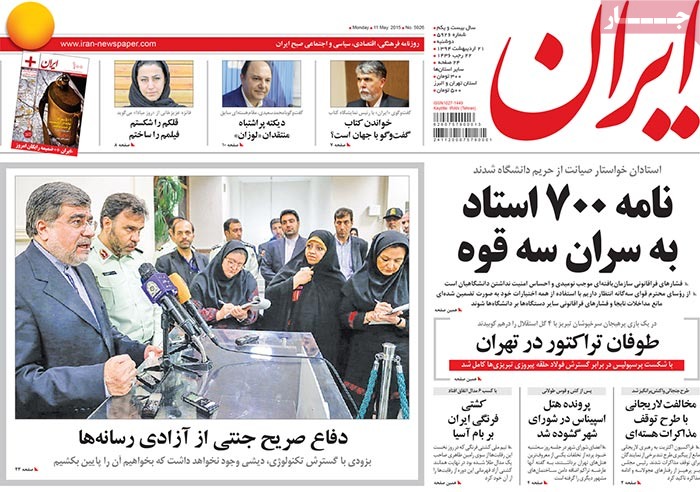 Kayhan: An Iranian ship carrying humanitarian aid for the stricken people of Yemen has set sail. 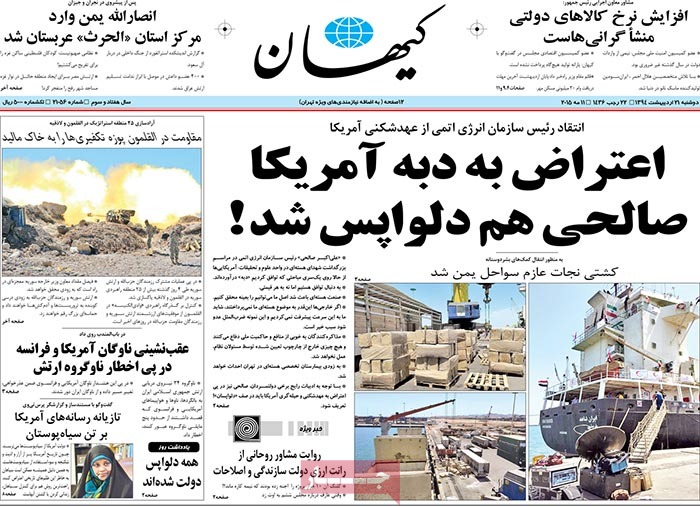 Resalat: The Iraqi president has said that Iran’s assistance in the fight against IS does not amount to interference [in Iraq’s internal affairs]. 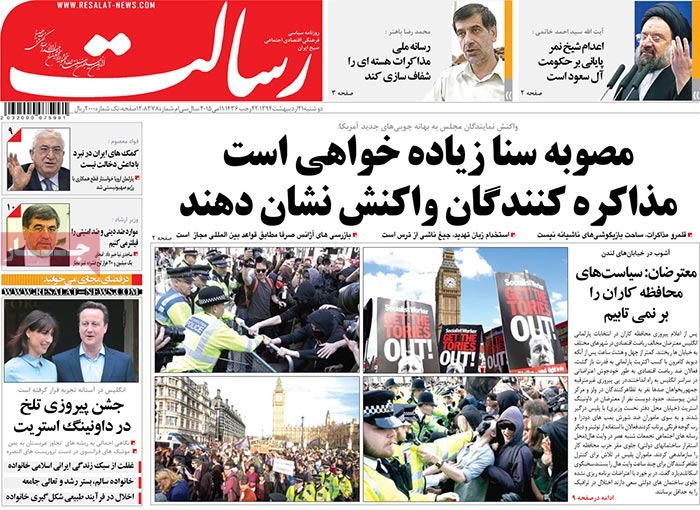 Roozan: “Iranian sport officials do not have respect for me,” complained Slobodan Kovac, the Serbian head coach of Iran’s national volleyball team. 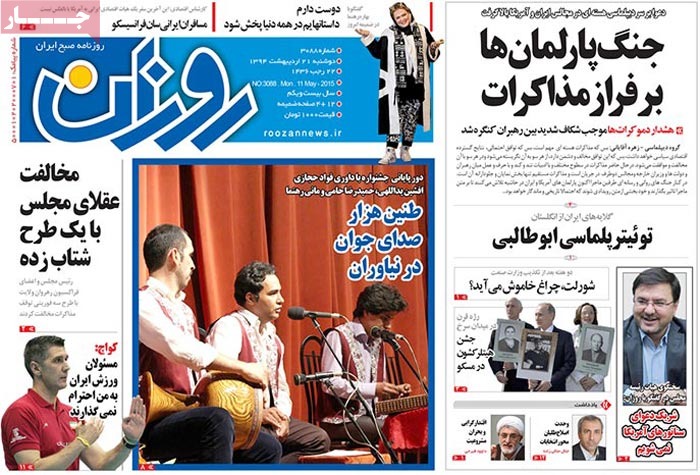 Sharq: Iran’s tourism balance is $6.5 billion in the red. 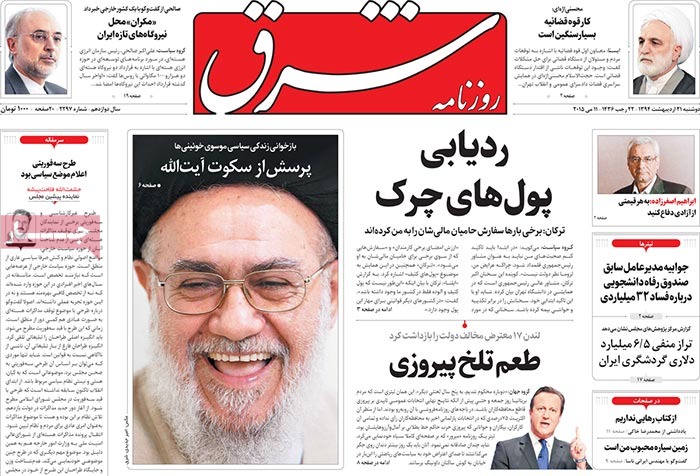