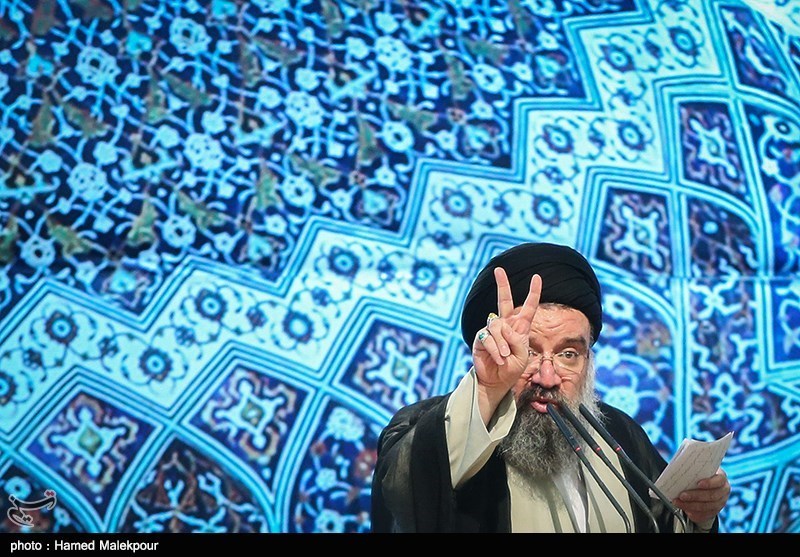 Cleric: Eternal regret only outcome of military threats to Iran

The ayatollah made the remarks here on Friday while addressing worshippers in his second sermon.

Referring to eight-years of sacred defense, he said ‘If you (western states) would like to once again try your chance, the Iranian nation will teach you quite a lesson to cause you never-ending regret.’

America and its allies are nothing more than a fake portrait, said Ayatollah Khatami.

The US is the only country unfaithful to its own nation, he said.

Referring to the recent remarks of the Supreme Leader of the Islamic Revolution, he said the Iranian nation will not go of anybody who dares create problems for the Iranian nation, chase them and bring you misery.’