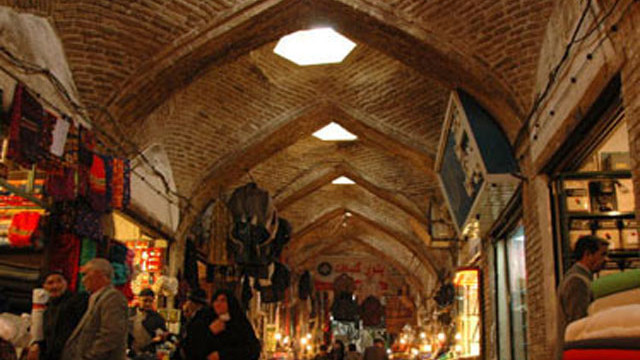 Tehran, May 5, IRNA – Zanjan Bazaar is a roofed structure that lies along the east–west axis of the city. It is one of the longest Iranian bazaar.

Zanjan Bazaar is an important economic potential for Zanjan. Although local people frequent the place, it is still unknown to non-native travelers and tourists.

Saeed Omidi, a member of Zanjan City Council, said the bazaar’s architectural features constitute the city’s identity, therefore the bazaar should be publicized by officials.

Omidi called for installing signboards, removing parking problems, organizing electricity installations and pavements, and cleaning up the bazaar. He added that these should be undertaken jointly by Iran’s Cultural Heritage, Handicrafts and Tourism Organization (ICHHTO), Zanjan Municipality and bazaar shopkeepers.

Zanjan Bazaar, as an architecturally well-designed complex, has a main row of shops facing each other and several side streets. The bazaar includes market-places, vestibules, inns, caravanserais, storehouses, mosques and Turkish baths.

This enormous commercial complex is a blend of beauty and usefulness, enclosing porticos, porches, arches and columns. The complex begins from Tirchilar Square, crosses the Ferdowsi Street and ends in the southern Sa’di Street.

Zanjan Bazaar has 940 shops. It consists of two parts, namely Bazaar-e Bala (upper bazaar) and Bazaar-e Paieen (lower bazaar), which are divided into different sections by professions and commodities. For example, sellers of shoes, household appliances and garments are grouped together.

The upper bazaar has been divided into eight sections (each to do with a specific commodity) such as jewelry, textiles, fruits, etc.

As time passed and new technologies and modern tools emerged, some of the professions became outdated.

Certain occupations have been forgotten and the elderly have a faint memory of earlier craftsmen. Coppersmiths, saddle-makers and box-makers are no longer active in the bazaar.

Some of the vacant shops are waiting for new traders.

Serai Malek and Serai Golshan are caravansaries of this bazaar, which were renovated in 1924 CE.

Due to changes in weather conditions, the roof of Zanjan Bazaar has been constructed in a way that climatic variations do not overshadow its internal ambiance.