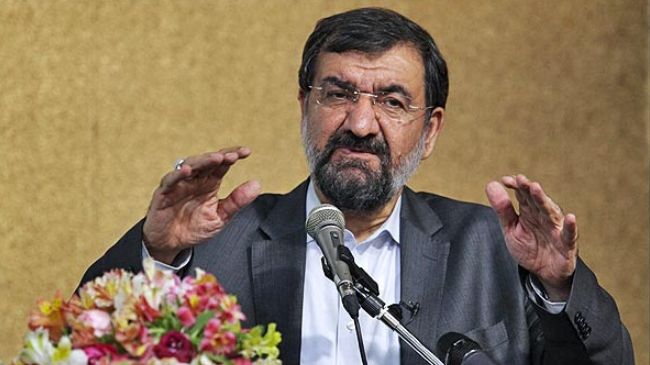 The United States and Saudi Arabia are carrying out a plot to disintegrate the Middle Eastern countries of Iraq, Syria and Yemen, a senior Iranian official says.

“In the [Middle East] region, there is an premeditated plan under way for the disintegration of Iraq, Syria and Yemen,” Secretary of Iran’s Expediency Council Mohsen Rezaei told reporters on Sunday.

Rezaei stated that Iraq is planned to be divided into three countries, and Syria and Yemen each into two countries.

“If this takes place, insecurity will spread across the region for 20 to 30 [coming] years,” he added.

Rezaei said the former foreign minister, Saud al-Faisal, and the former crown prince, Prince Muqrin, were recently sacked due to their opposition to this plan.

Saudi Arabia launched its military aggression against Yemen on March 26 – without a UN mandate – in a bid to undermine the Houthi Ansarullah movement and to restore power to the country’s fugitive former president, Abd Rabbuh Mansur Hadi, who is a staunch ally of Riyadh.

On April 21, Riyadh announced the end of the first phase of its unlawful military operations, but airstrikes have continued with Saudi bombers targeting different areas across the country in a new phase.

The World Health Organization said on Friday that 1,244 Yemenis lost their lives and 5,044 others were injured from March 19 to April 27. Hundreds of women and children are among the victims, according to the WHO.

In a Sunday report, Human Rights Watch said reliable evidence shows that Saudi Arabia has used banned cluster munitions provided by the United States in its deadly airstrikes against Yemen.