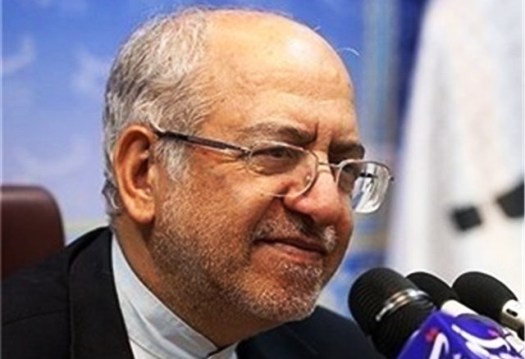 Iran’s trade minister has inaugurated the Iranian pavilion at a universal exposition in Italy, where world countries showcase a gamut of products under the theme of “Feeding the Planet” in Milan Expo 2015.

Mohammad Reza Nematzadeh, minister of Industry, Mining and Trade, opened the Iranian pavilion on Friday, where the country is displaying domestic cuisine and a raft of other products under the theme of Sofreh (Persian for tablecloth).

The pavilion’s architecture is taken from an artifact in the form of an open structure, similar to a tent, with an inner skin reminiscent of traditional Sofreh embroidery. The entire structure tells a history of the nation, their food and agriculture from the past until now.

The upper story is an exhibition space divided into the seven climatic regions of Iran and the lower is reserved for local products and the cuisine, along with services required for expo reception and information.

Iran’s exhibition area begins from the Persian Gulf in the south and ends in the Caspian Sea in the north. Nature, culture, lifestyle, and tourism are all showcased there, and their relation to Iranian cuisine gets a special focus.

Italy’s global commercial fair will last six months and is expected to attract nearly 20 million visitors. 145 countries are said to have taken part, but 54 national pavilions have been established in an area of about 200 hectares on the edge of Milan.

2015, Iran’s minister of industry mine and trade, Milan Expo 2015, Mohammad Reza Nematzadeh May 2, 2015
Talks to continue until Tuesday for total removal of sanctions
I’ve been respecting freedom of expression for over 30 years