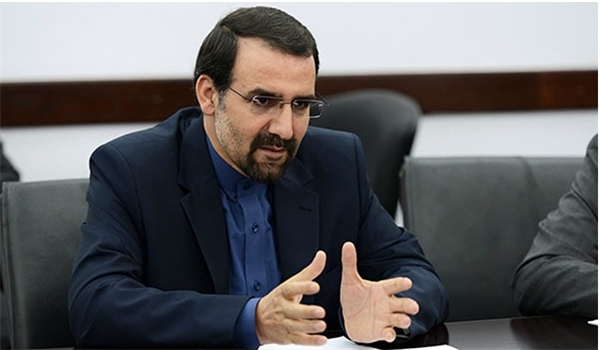 TEHRAN (FNA)- A senior Russian official in a meeting with Iranian Ambassador to Moscow Mehdi Sanayee demanded Iran to share its experience with Russia in fighting the western sanctions.

“The Kaliningrad province wants to use Iran’s experiences to fight back sanctions,” the governor-general of Kaliningrad said during the meeting on Wednesday.

He also called for more efforts to use the two neighbors’ experiences for further expanding bilateral ties and establishing peace and stability in the region.

Sanayee, for his part, underlined the necessity for cooperation among Iranian and Russian provinces in different cultural, economic and investment fields, and urged increased cooperation with Kaliningrad province.

In relevant remarks earlier this month, Sanayee expressed the hope that bilateral economic relations between Tehran and Moscow would further expand in the current year.

Sanayee made the remarks, addressing a forum in the presence of President of Saint-Petersburg University Nikolay Kropachev in Moscow.

“The decrease in (economic) relations in 2012-2014 stopped in 2014 and we hope to witness an eye-catching leap in the current Iranian year (which started on March 21) as a result of the measures that have been adopted,” he said.

Sanayee said Iranian and Russian presidents had had good talks in recent months, and the volume of political meetings between the two countries stands at unprecedented levels.

“I wanted to draw your attention to the rolling out of the oil-for-goods deal, which is on a very significant scale,” Ryabkov told Russian senators.

“In exchange for Iranian crude oil supplies, we are delivering certain products. This is not banned or limited under the current sanctions regime,” he added.

In December, Russian Minister of Economic Development Aleksey Valentinovich Ulyukayev announced that his country had proposed a framework for barter trade with Iran.

“Moscow intends to sell wheat and industrial products to Iran in exchange for oil,” Ulyukayev said in Tehran at the time.

He noted that he has proposed the barter trade during his ongoing visit to Tehran, and said, “I hope we reach an agreement in the near future in this regard.”

Meantime, Russian Economic Development Minister Alexey Ulyukaev said that Moscow plans to enhance export of its goods to Iran, adding that the two countries are working on developing ways to make mutual payments in national currencies.