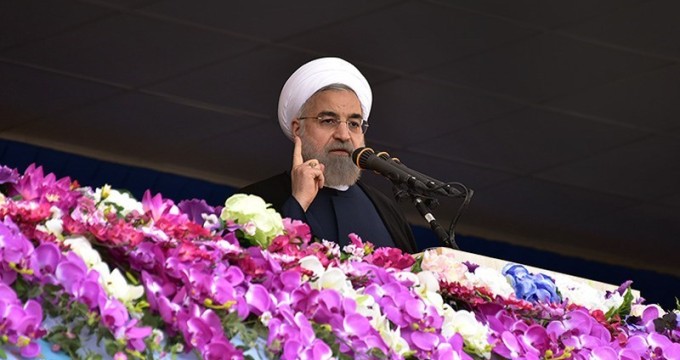 President: Iran published fact sheet ahead of other countries

He made the remarks in a press conference here in southern country on Thursday.

President Rouhani stressed that Iran published its fact sheet before any other countries involved in the talks including the US.

He said he wondered over the weak memory of certain people.

He said even foreign media published the factsheet Iran provided.

‘We elaborated on it and we illuminated our views but some tried to doubt it,’ Rouhani added.

He said Iran “put its views in vivid terms, elaborated on them in details but will publish a second factsheet if necessary.’

Araqchi underscored that the fact sheet published by the US, is their own interpretation of the agreement reached between Iran and P5+1 on April 2 in the recent round of negotiations.

‘After the end of any negotiations or a political event, it is completely usual that each part would narrate its points of view and bold the details that is mostly favored,’ he added.

‘Our rendition is a true story presented by Iranian foreign minister. We have not decided to present a written version of fact sheet yet, but if deemed necessary, we’re prepared to do that,’ Araqchi noted.

On April 2, Iran and the P5+1 group of world powers adopted a joint statement after marathon talks in Lausanne calling, among other things, for the removal of the UNSC sanctions against the Islamic Republic.

President Rouhani and some of his cabinet members arrived here on Wednesday for a tour of the province.

The visit takes place at the 16th leg of his provincial tours.