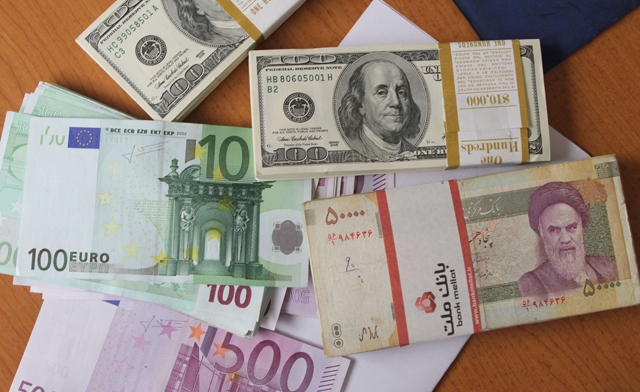 Iran to rein in emotional reaction to forex rate

A senior Iranian banking official says the Central Bank of Iran (CBI) will curb any emotional variance in foreign exchange rate due to a possible agreement with world powers.

“Nobody rules out changes in forex rate based on realities, but if certain individuals want to cause fluctuations in the forex rate by creating emotional behaviors, the CBI will feel obliged to block it,” Gholam-Ali Kamyab, CBI deputy governor for forex affairs, said.

“We have plans to control the forex market in case of an agreement or no agreement on the nuclear issue,” he added.

Kamyab said a recent outline agreement reached between Iran and six world powers has not significantly affected the forex market because nothing has been finalized “in practice.”

He said the CBI is making efforts to stabilize the forex rate in the country in order to serve economic growth and boost business.

“One trauma in the forex market is speculation which is being institutionalized in the market,” he added.

Earlier this month, the CBI governor, Valiollah Seif, said that there is no plan to unify the country’s multi-tier foreign exchange system.

Iran’s national currency started depreciating sharply three years ago. The rial is currently traded at two rates with one being decided by CBI and the other one set by money changers.

The rate set by money changers fluctuates even during the day.

Iranians hope that the country’s national currency would be strengthened after international sanctions imposed upon Iran have been lifted.

Iran and the P5+1 group of countries – the United States, Russia, China, France, Britain, and Germany – reached a mutual understanding on Tehran’s nuclear program on April 2 in Lausanne, Switzerland.

The two sides are expected to start drafting a final inclusive deal which they seek to sign by the end of June.