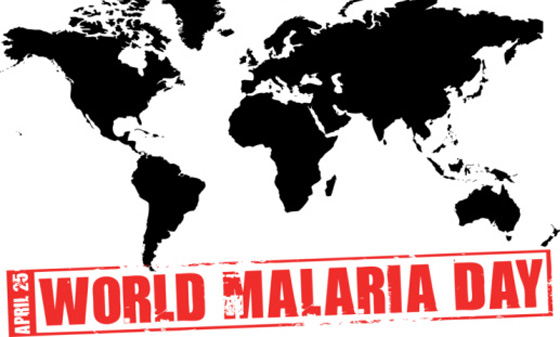 Geneva, April 23, IRNA — The World Health Organization is calling on the global health community to urgently address significant gaps in the prevention, diagnosis and treatment of malaria.

Despite dramatic declines in malaria cases and deaths since 2000, more than half a million lives are still lost to this preventable disease each year, WHO said.

At least three quarters of malaria deaths occur in children under 5. Yet in 2013, only about one in five African children with malaria received effective treatment for the disease, 15 million pregnant women did not receive a single dose of the recommended preventive drugs, and an estimated 278 million people in Africa still live in households without a single insecticide-treated bed net.

“As we celebrate World Malaria Day on April 25, we must recognize the urgent need to expand prevention measures and quality-assured diagnostic testing and treatment to reduce the human suffering caused by malaria,” says Dr Hiroki Nakatani, WHO Assistant Director-General for HIV/AIDS, Tuberculosis, Malaria and Neglected Tropical Diseases.

Updated Guidelines for the Treatment of Malaria are being issued by WHO this week. They include the latest recommendations on preventive treatment for infants, children under 5 and pregnant women. The updated guidelines should help expand access to recommended treatments.

For uncomplicated malaria cases, WHO recommends the use of artemisinin-based combination therapies (ACTs). Globally, 392 million ACT courses were procured by malaria-endemic countries in 2013, up from just 11 million in 2005. However, millions of people are still not treated for malaria, primarily because the communities most affected by the disease have limited access to health care.

WHO recommends diagnostic testing for all suspected malaria cases to ensure that malaria drugs are used only for those who have the disease and that—when a test is negative—other causes of fever are investigated. Rapid diagnostic tests (RDTs) are now widely available and more than 319 million were purchased in 2013 compared to 46 million in 2008. Despite this progress, nearly 40% of people with suspected malaria at public health facilities in Africa are not tested.

WHO also recommends that the most vulnerable groups in malaria-endemic areas of sub-Saharan Africa—pregnant women, children under 5, and infants—receive preventive treatment to reduce the risk of malaria infection.

Preventive treatments are highly cost-effective, with the potential to save tens of thousands of lives each year. Coverage with such treatments, however, remains low and needs to be significantly scaled up.

Accelerating towards elimination—a new WHO strategy

WHO has developed a new global malaria strategy for the 2016-2030 period, which will be reviewed by the World Health Assembly in May 2015. Developed in close consultation with endemic countries and partners, the new strategy sets the target of reducing the disease burden by 40% by 2020, and by at least 90% by 2030. It also aims to eliminate the disease in at least 35 new countries by 2030.

The strategy provides a comprehensive framework for countries to develop tailored programmes that will sustain and accelerate progress towards malaria elimination.

Commitments to malaria elimination have already been made by a number of countries and regions. In recent years, elimination efforts have been intensified in many parts of Africa—including in Southern Africa’s “Elimination 8” countries (Angola, Botswana, Mozambique, Namibia, South Africa, Swaziland, Zambia, Zimbabwe)—in Central America and Hispaniola, as well as in South-East Asia. In 2014, heads of state at the East Asia Summit made a commitment to eliminate malaria from the Asia-Pacific by 2030 and WHO is currently working on an elimination strategy for the Greater Mekong Subregion.

“We must take the malaria fight to the next level. Moving towards elimination will require high-level political commitment and robust financing, including substantial new investments in disease surveillance, health systems strengthening and research,” says Dr Pedro Alonso, Director of the WHO Global Malaria Programme.

“In addition, we urgently need new tools to tackle emerging drug and insecticide resistance, as well as innovative approaches that will accelerate progress.”

Increased political commitment and greater funding have averted more than 4 million malaria deaths since 2001, and 55 of the 97 countries and territories with ongoing malaria transmission are on track to meet the current World Health Assembly target of reducing malaria incidence by 75% between 2000 and 2015.

World Malaria Day was instituted by WHO Member States during the 2007 World Health Assembly and is celebrated on 25 April each year. It is an occasion to highlight the need for continued investment and sustained political commitment for malaria control and elimination. The theme for the 2013-2015 campaign is “Invest in the Future. Defeat malaria”.