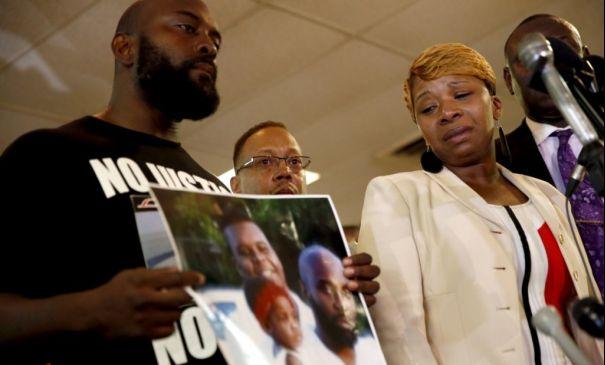 The parents of Michael Brown, an African-American teenager who was shot to death by a white police officer last year, plan to sue the city of Ferguson, Missouri where their son was killed.

The lawyers for Brown’s mother, Lesley McSpadden, and his father, Michael Brown Sr., had announced at a press conference in early March that they would start the procedure in the near future.

Attorneys Anthony Gray and Daryl Parks promised the lawsuit in March after a St. Louis County grand jury and the US Justice Department decided not to charge former police officer Darren Wilson in the shooting.

The fatal shooting of 18-year-old Brown by Wilson in August led to weeks of protests across the United States. A new wave of demonstrations began after Wilson was acquitted by a grand jury in November.

Gray said that a lawsuit would “demonstrate to reasonable-minded people” that Wilson did not need to use deadly force against Brown, who was unarmed, and give “a more clear, a more accurate picture of what took place that day.”

“There were other alternatives available to (Wilson),” Gray said. “He did not have to kill Michael Brown.”

The US Justice Department released a report in March that found numerous instances of racial bias within the Ferguson Police Department.

African-Americans are far more likely to be shot, arrested and imprisoned by police than any other racial group, according to a recent analysis by USA TODAY.

Experts say the dramatic gap in police shootings and prison rates reflects biased policing as well as the vast economic and educational inequalities that plague much of the country.