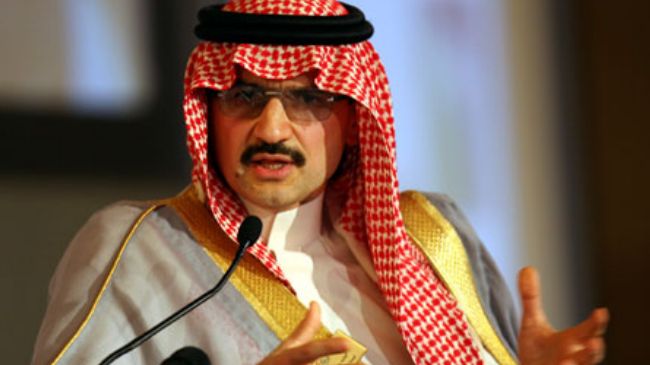 Billionaire Saudi Prince al-Waleed bin Talal has vowed to give a free Bentley to every Saudi pilot that has taken part in bombardment of Yemen.

According to a Wednesday report by the Daily Mail, late Saudi King Abdullah’s nephew pledged to reward each of the 100 pilots a free Bentley, a British luxury 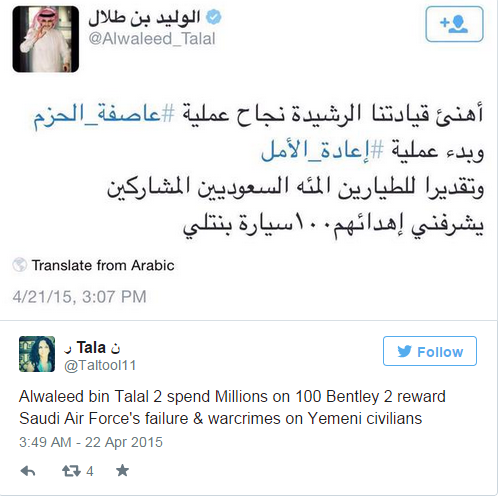 The Saudi business tycoon, one of the richest men in the world, reportedly made the pledge in a Twitter post that was later removed.

“To recognize the one hundred participating Saudi pilots I am pleased to present them with 100 Bentley cars,” read the post.

“I congratulate our wise leaders on the victory of ‘Operation Decisive Storm’ and the beginning of ‘Operation Restoring Hope’,” Waleed said.

Meanwhile the airstrikes, which have killed nearly 1,000 people continued against the impoverished country despite the fact that Riyadh declared an end to them on Tuesday.

Saudi warplanes continued their air campaign in the seaport city of Aden in the early hours of Thursday.

They also conducted at least six airstrikes on the Manbeh region in Sa’ada province in northwestern Yemen.

Yemenis check the damage following a raid by Saudi warplanes on Fajj Attan hill in the capital Sana’a on April 20, 2015.

Saudi Arabia’s military campaign was launched without a UN mandate in a bid to undermine the Ansarullah movement and to restore power to the country’s fugitive former president, Abd Rabbuh Mansur Hadi, a staunch ally of Riyadh.