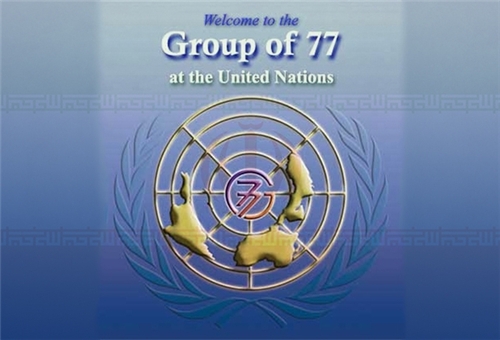 Rome, April 22, IRNA – Islamic Republic of Iran as the rotating chair-state of Group 77 at the United Nations Food and Agriculture Organization (FAO) called for strengthening technical cooperation among developing countries.

Ambassador and Permanent Representative of Iran in FAO Majid Dehqan Shoar elaborated on Iran’s stance in a speech made at the FAO meeting in Rome.

Group 77 is holding its general assembly in Rome discussing the issues of food production and security.

The member countries agreed in Rome to set up technical committes in regional groups to provide technical advice for strengthening South-South and South-North cooperation with the particiapation of FAO.

Launching an information bank of member countries’ potentials and technical needs and the ways of expounding on the Group’s stances are among other topice being discussed in the meeting.

Group 77 plus China consists of 132 developing countries of which 81 countries are active in FAO in four regional groups. These countries cooperate with FAO, World Food Programme, and International Fund for Agricultural Development (IFAD) to secure sustainable development in agriculture and provide healthy, nutricious, and sufficirent food in the world.

In related news, FAO in a statement criticized a US government decision to expand sanctions against Venezuela, calling it contrary to the United Natins Charter and principles of international laws, and urged US to lift it.

FAO, since its establishment in 1964, has always opposed unilateral economic measures against any country, especially developing countries.