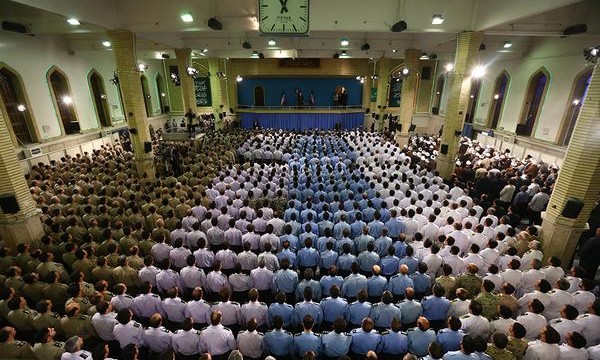 The meeting took place on the occasion of the National Army Day which is commemorated annually on April 18.

The Ayatollah addressed the meeting in notable remarks, which will be published by IRNA shortly.

Different units of Iranian armed forces staged parades in front of President Hassan Rouhani on the occasion of the National Army Day on Saturday.

The parades were held in front of the mausoleum of the founder of the Islamic Republic of Iran the late Imam Khomeini in southern Tehran.

The latest Iranian military achievements were unveiled during the parades.