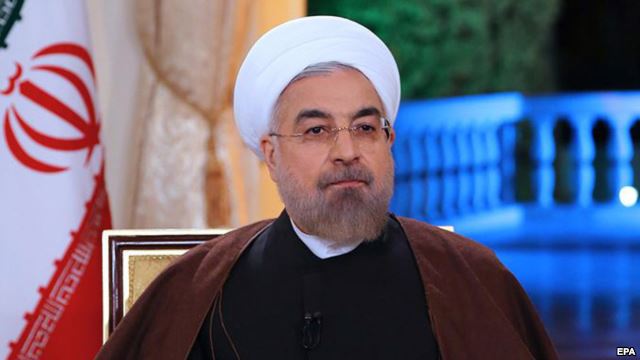 TEHRAN (Tasnim) – Iranian President Hassan Rouhani on Thursday described the path towards a final nuclear deal between Tehran and world powers as a difficult one, but at the same time noted that such a deal could lay the ground for more interactions between Iran and the whole world.

“There is a difficult path ahead of us towards the final deal,” the Iranian president stressed, speaking to reporters in a press conference in Rasht, northern Iran.

He added, however, that if the Group 5+1 (Russia, China, United States, Britain, France and Germany) continues to show the will they have been showing so far, it is possible to clinch a final deal in the remaining time.

The latest round of negotiations between Iran and the sextet in the Swiss city of Lausanne resulted in a framework nuclear deal on April 2, with both sides committed to push for a final, comprehensive accord until the end of June.

Iran and the six world powers are expected to start drafting a final agreement next week in the Austrian capital of Vienna.

President Rouhani further said the final deal would pave the way for more interactions between Iran and the entire world, including the Group 5+1.

He went on to say that Iran’s “will and decision is to continue the negotiations until a final deal is reached.”

Elsewhere in his remarks, the president stressed that the world has come to acknowledge the Iranian nation’s right to use peaceful nuclear technology.