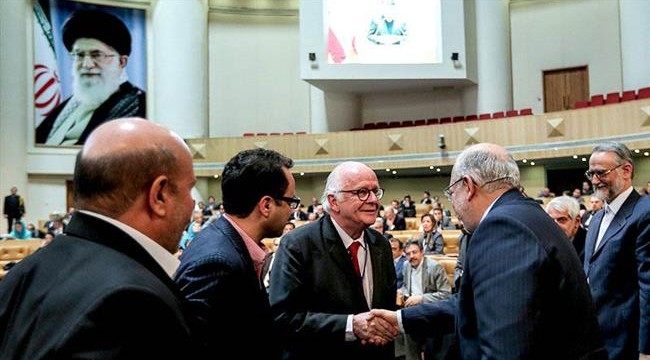 A group of European investors will be visiting Tehran in a few weeks to assess opportunities in the Middle East’s second largest economy.

They are being represented by London-based boutique investment bank First Frontier on their first visit to Iran following “a year’s worth of laying the groundwork for investment into Iran”.

“This is something we’re very committed to and we see it as a huge opportunity,” he said.

According to Charles Robertson, global chief economist and head of macro strategy at Renaissance Capital in London, Iran is prime for foreign investment.

“There is no other country in the world that is in the top 30 global economies that has been as closed to global investors as Iran has and I doubt we’ll have this opportunity again,” he said.

Robertson is seeing signs of improvements in Iran’s economic environment. The government of President Hassan Rouhani has “tightened monetary policy and stabilized the currency, which has brought inflation down to around 15% from 45%”.

“Growth has picked up and is supported by a big surge in investment,” he said.

According to Alison Graham, founder and CIO of Voltan Capital Management, Iran is certainly of great interest.

The country has “all the classic underpinnings of a frontier market prime for growth, including a large and well-educated young population that want to work and want the kinds of consumer goods that they have not had access to thus far as a result of the sanctions”.

“Iran also has a fairly large and liquid stock market and of course, it has oil,” he said.

First Frontier has tied up with an Iranian investment banking firm, The Agah Group, to provide research on the country’s leading companies, its CEO Banszky said.

“Once we start rolling out the research we will have a better idea and be able to better understand the opportunities,” he said.