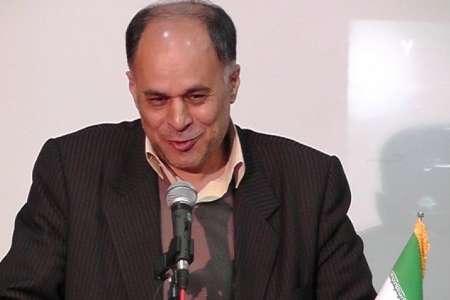 TEHRAN (FNA)- Pakistani officials called on Tehran to help Islamabad in identifying and disbanding the terrorist groups which attack Iran by providing Islamabad with intelligence and information, Governor-General of Sistan and Balouchestan province Ali Awsat Hashemi said on Saturday.

Speaking to FNA, Hashemi elaborated on the recent visit by Iranian Foreign Minister Mohammad Javad Zarif to Islamabad, and said during the trip the Pakistani foreign minister demanded Iran to provide his country’s forces with “intelligence on the hideouts of the terrorists and outlaws in Pakistan to help them capture such terrorists”.

He said he was pleased to see that the Pakistani officials no more deny the the presence and operation of such terrorist groups in their country and demand Iran’s increased intelligence help for their capture.

Hashemi also announced that the meeting of the two countries’ joint security commission is due to be held next week to boost coordination on adoption of common positions and enhance security and tranquility at common borders.

During his visit to Islamabad on Thursday, Zarif strongly criticized lax security along Iran-Pakistan common border, and called on Islamabad to take more concrete measures to help prevent terrorists from crossing the border.

Zarif made the remarks in a meeting with Pakistani Army Chief General Raheel Sharif in reaction to the recent death of eight Iranian border guards near the border with Pakistan.

“We should try to enhance our border security with Pakistan,” Zarif said during the meeting.

General Raheel, for his part, expressed regret over the recent death of eight Iranian border guards, and underlined the need for increasing Iran-Pakistan cooperation to boost security along the two countries’ borders.

On Tuesday, Iran’s foreign ministry summoned the Pakistani charge d’affaires in Tehran to protest at his country’s lax control over common border with Iran which resulted in the death of eight Iranian border guards in a recent incident.

“We expect the Pakistani border, security and military officials to deal more seriously with this issue,” he added.

On Wednesday, Commander of the Iranian Border Guards Brigadier General Qassem Rezayee urged Pakistan to stop terrorists’ cross-border attacks from its soil and adopt practical measures in tightening their lax security control over borders with Iran.

“The border guards of this (Eastern) region are in fact in charge of security of both Iran and Pakistan borders, but unfortunately we are facing the negligence of the Pakistani side,” General Rezayee said.

In similar incidents in October, four Iranian police officers, including a conscript, were also killed in two terrorist attacks on a border post in Sistan and Balouchestan.