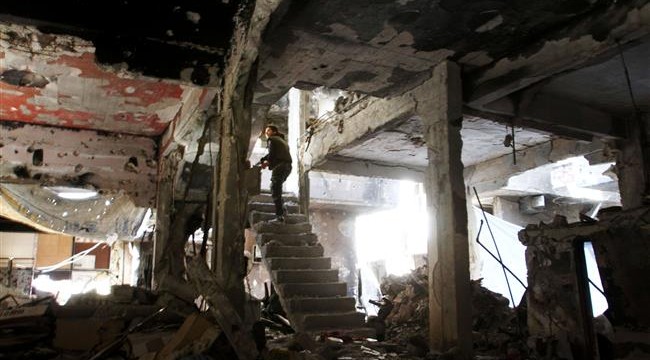 The International Committee of the Red Cross (ICRC) has called for the immediate delivery of humanitarian aid to the embattled Yarmouk Palestinian refugee camp in southwestern Syria.

“Emergency medical care is urgently needed for the reported 18,000 inhabitants remaining in Yarmouk,” which was stormed by the ISIL Takfiri militants earlier this month, the ICRC said in a press release on its website on Thursday.

The aid agency further warned about growing humanitarian needs in the camp, located on the edge of the Syrian capital, Damascus, and requested permission for “the immediate and unimpeded passage” of relief aid and departure of civilians from the site.

Meanwhile, Marianne Gasser, the head of the ICRC in Syria, expressed concern about the deteriorating situation that Yarmouk residents are struggling with, saying, “People were already worn down by months of conflict and constant shortages of food, water and medicine and they need urgent help.”

Earlier this week, Stéphane Dujarric, the spokesperson of the UN Relief and Works Agency for Palestine Refugees (UNRWA), also called for the opening of a humanitarian corridor in the refugee camp.

ISIL, which currently controls parts of Iraq and Syria, launched an attack on the Yarmouk refugee camp on April 1. The United Nations has said nearly 18,000 civilians, including a large number of children, are caught in the camp.

Syria’s Minister of State for National Reconciliation Affairs, Ali Haidar, said recently that a military operation is necessary to expel the ISIL militants from Yarmouk.

Palestinian fighters affiliated with the Gaza-based Hamas Islamic resistance movement have reportedly engaged in the battle to force the terrorists from the area.

Syria has been gripped by a deadly crisis since March 2011. The violence fueled by Takfiri groups has claimed the lives of over 215,000 people so far, according to latest reports.