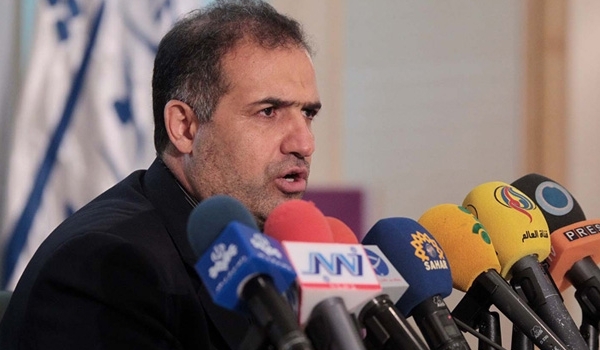 TEHRAN (FNA)- A senior Iranian parliamentary official rejected the claims raised by Saudi Arabia about Tehran’s interference in Yemen’s internal affairs as sheer lie to provide an excuse for Riyadh’s invasion of the Muslim neighboring nation, stressing that no Iranian boots are on the ground in the crisis-hit Arab country.

“What the Saudis allege about the Islamic Republic of Iran’s role in Yemen and its events to accuse Iran of being involved in the Yemeni issues is nothing more than a lie since we don’t have even a single military troop in Yemen,” Head of the parliament’s Research Center Kazzem Jalali said on Monday.

Jalali, who is also a ranking member of the Iranian legislature, underlined that Iran has always invited the regional states to understanding and agreement, and called for the settlement of regional problems through talks without the foreign sides’ interference.

Noting that the Yemeni people themselves have decided to change their country’s regime, Jalali said, “Their move is not related to Iran and the accusations about Iran’s interference in Yemen are only meant to provide an excuse for Saudis.”

His remarks came as Saudi Arabia has been striking Yemen for 12 days now to restore power to fugitive president Mansour Hadi, a close ally of Riyadh. The Saudi-led aggression against Yemen has killed at least 887 people, including hundreds of women and children. At least 1,700 people have also been wounded in the last 12 days.

The Iranian legislature in a statement issued on Sunday strongly deplored the Saudi-led military strikes against Yemen, cautioning that Riyadh is implementing enemies’ plots against the worldwide Muslim community.”We as members of the Iranian parliament support the Yemeni nation’s popular uprising and condemn the foreign, specially the Saudi, meddling and military attack and consider it as a clear interference in the Yemeni people’s sovereignty in deciding their fate,” the statement read by member of the parliament’s Presiding Board Zarqam Sadeqi said on Sunday.

Noting that the Saudi strike against Yemen proved that Riyadh is serving enemies’ plots against the Islamic world instead of strengthening unity and being a source of honor for the Muslims, the statement said, “The Saudi regime should know that the fire they have set will backfire and will impose a heavy cost on the Muslim world.”

The statement cautioned that the “fake coalition” against Yemen will further complicate the Muslim world and the regional problems, and said the US and the Zionist regime and their allies’ support for the Saudi aggression against an independent nation is against the international laws and shows the US and its allies’ hypocritical policies once again.

The Iranian lawmakers also blasted the international community for its deadly silence on the Saudi crimes in Yemen.

Later on Sunday, Iranian Deputy Foreign Minister Hossein Amir Abdollahian warned Riyadh that if it does not immediately halt its aggression against Yemen, it will be destined to experience the same fate that the Americans had in Iraq and Syria.

“We advise Saudi Arabia to take lesson from the US’ fate of military interference in the region and immediately halt its military attacks in Yemen,” Amir Abdollahian said on Sunday.

He warned that enemies of Islam are trying to turn Saudi Arabia into a new Libya by engaging the country in a war against Yemen in a bid to weaken the Muslim states.

Amir Abdollahian pointed to the present conditions of Yemen, and said, ” Siege of Yemen and blockade on humanitarian aid supplies by the international bodies has no justification by any means.”

He also warned that the only result of Saudi Arabia’s strategic mistake of attacking Yemen will be the growth of terrorism, reduced power for Muslims and reinvigoration of the Zionist regime of Israel.

“Those contributing to the military attack on Yemen will be held responsible for regional insecurity, while making their country insecure as well,” the Iranian deputy foreign minister cautioned.