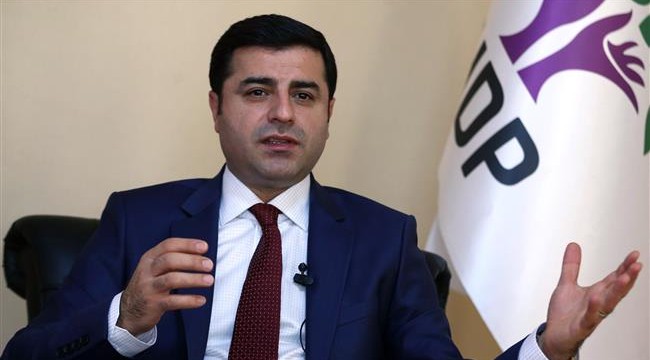 The top leader of Turkey’s main Kurdish party has vowed that his movement will not allow President Recep Tayyip Erdogan to go ahead with his plans to establish an executive-style presidency in the country, saying that such a change would bring Turkey into the state of dictatorship.

Selahattin Demirtas, a co-chair of the People’s Democratic Party (HDP), said Monday that his party is totally opposed to changes in Turkey’s constitution which would allow Erdogan to boost his power as president.

“Mr. President is trying to create a constitutional dictatorship by collecting all the power for himself,” said Demirtas, vowing that HDP will block Erdogan’s plans for pushing through with the changes.

Erdogan and his Justice and Development Party (AKP) rely on HDP’s support for their plans ahead of the parliamentary elections slated for June 7. However, Ankara’s delay in fulfilling its promises regarding the peace process with the Kurds has apparently led to a new controversy.

Turkish President Recep Tayyip Erdogan (© AFP)
Erdogan, who was elected as president last year after serving two terms as the prime minister, is trying to gain the needed support for rewriting the constitution and establishing an executive-style presidency.

Kurds constitute about 20 percent of the Turkey’s population and their role in Turkey’s 550-seat parliament is of vital importance to Erdogan.

Some opposition parties claim HDP has secretly agreed to support AKP’s plans for changing the constitution in return for more reforms. However, recent remarks by Erdogn on downgrading the “Kurdish issue” in Turkey has clearly infuriated the Kurds, who say Erdogan is ignoring them in order to win the support of the Turkish nationalists in the June polls.