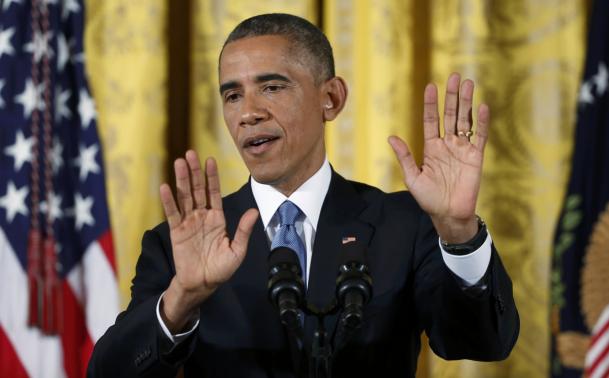 President Barack Obama has answered continuing Israeli criticism of the framework agreement over Iran’s nuclear ambitions, telling the New York Times the deal is a “once-in-a-lifetime opportunity to see whether or not we can at least take the nuclear issue off the table”.

The president added: “There is no formula, there is no option, to prevent Iran from getting a nuclear weapon that will be more effective than the diplomatic initiative and framework that we put forward – and that’s demonstrable.”

Two days after the announcement of the deal between Iran and the major world powers – achieved in Switzerland after 18 months of talks and which must be finalised by the end of June – Obama spoke to the New York Times columnist Thomas Friedman at the White House for an interview that was published online on Sunday.