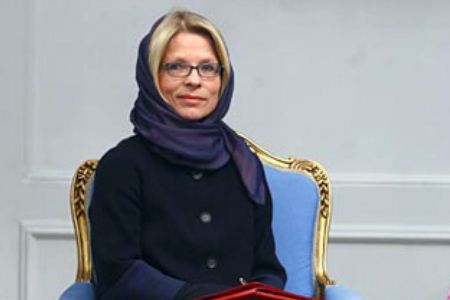 The framework agreement on Iran’s nuclear deal has generated a gold-rush atmosphere in the business world. The former Swiss ambassador in Tehran talks of a “very interesting market” and a Swiss trade delegation is travelling to Iran at the end of the month.

Livia Leu Agosti, who was ambassador to Iran from 2009 to 2013, told the NZZ am Sonntag newspaper that although it was hard to estimate the potential for Swiss companies in Iran, it is a rich and large country with 80 million relatively well-off inhabitants.

“The economy remains strongly controlled by the state and is certainly not in top form at the moment as a result of the sanctions, meaning the potential for development is all the greater,” she said.

Leu Agosti is currently a delegate for trade agreements at the State Secretariat for Economic Affairs (SECO) and will travel in this capacity with Swiss business leaders to Iran.

She told the NZZ am Sonntag that Switzerland was well positioned for doing business with Iran, thanks to its good reputation and the appreciation of Swiss quality. She saw particular possibilities in the fields of infrastructure – where she says Iran has some catching up to do – and the large consumer market, which could be of interest to the pharmaceutical and medical industries.

The trade delegation visit, between April 26-29, will be the first such Swiss trip for ten years.

Leu Agosti said it was “definitely still too early” to think of a free-trade agreement between the two countries, “but if the sanctions are lifted once and for all – who knows?”

A framework nuclear deal was announced by Iran and six world powers on Thursday in Lausanne. A final agreement is to be implemented by June 30.