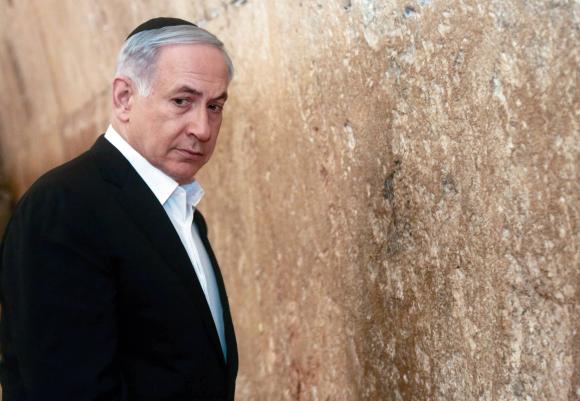 (Reuters) – Israel’s Prime Minister Benjamin Netanyahu will convene his security cabinet on Friday to discuss the framework deal reached between world powers and Iran, after telling U.S. President Barack Obama in a phone call that he “vehemently opposed” the agreement.

Obama called Netanyahu within hours of the deal being struck, saying it represented significant progress toward a lasting solution that cuts off Iran’s path to a nuclear weapon.

But Netanyahu said in a statement after the conversation that a deal based on the framework announced in Lausanne, Switzerland “would threaten the survival of Israel”.

“This deal would legitimize Iran’s nuclear program, bolster Iran’s economy and increase Iran’s aggression and terror throughout the Middle East and beyond,” Netanyahu said.

Israel has said in the past that it would consider taking unilateral action to prevent Irandeveloping a nuclear weapon, a warning taken to mean that it could launch air strikes against Iran’s nuclear facilities.

While that rhetoric has died down over the past year or more, the head of Israel’s military planning directorate, Major-General Nimrod Sheffer, said it was still a possibility.

“The military option has always been on the table, as we have said all along,” Sheffer toldIsrael Hayom newspaper on Friday. “If it has not been mentioned much in the media recently, that does not reflect a change in policy.”

In a speech after the deal was announced, Obama said it was the best way of limiting Iran’s nuclear ambitions, saying other options – including bombing Iran’s nuclear facilities – would not go as far in preventing the development of a bomb.

Under the deal, Iran has agreed to give up two-thirds of its installled centrifuges used for enriching uranium, has agreed to much tighter inspections and will dismantle a reactor that could produce plutonium, among other commitments.

Netanyahu said rather than blocking Iran’s path to the bomb, the framework deal “would pave it”.

He cited comments by an Iranian official who said this week that “the destruction of Israelis non-negotiable” and said the evidence was that Iran was “accelerating the arming of its terror proxies to attack Israel” a reference to Hezbollah in Lebanon and militant groups in Gaza.

While much of the rest of the world appears inclined to support efforts to reach a negotiated solution with Iran – and there was cheering in the streets of Tehran after the deal was struck – Israel remains an outlier.

Obama mentioned several times during his speech that the United States stood shoulder-to-shoulder with Israel on security and would not allow “any daylight” to get in between their positions, but the reassurances have not satisfied Netanyahu.

The chances of Israel going it alone militarily against Iran would appear to be very slim, but with the Republican-led Congress also critical of the deal, Netanyahu may feel he can put pressure on the U.S. administration to push harder.

“The alternative is standing firm and increasing the press.