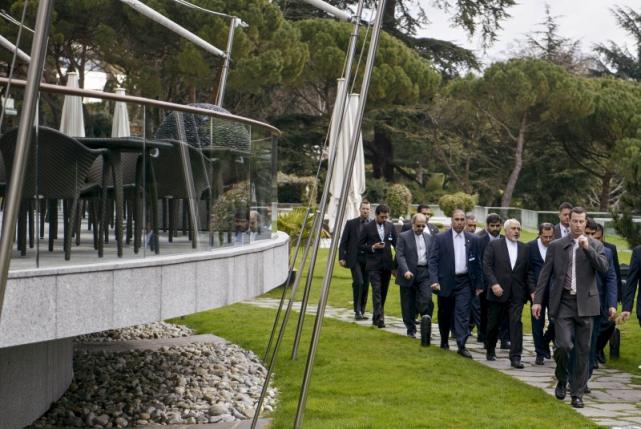 Mohammad Javad Zarif represented Iran in the talks while the Secretary of State Johan Kerry led the American delegation in the fourth day of talks.

The session was held at Beau Rivage Palace Hotel.

The American Secretary of Energy Ernest Moniz and the US Undersecretary of State Wendy Sherman were also attending the meeting.

Zarif is to hold talks with his Chinese counterpart Wang Yi later today.

Iran and the six world powers have been in talks to resolve outstanding issues surrounding Tehran’s nuclear program to pave the way for striking an overarching deal on the country’s nuclear program as a deadline slated for July 1 draws closer.