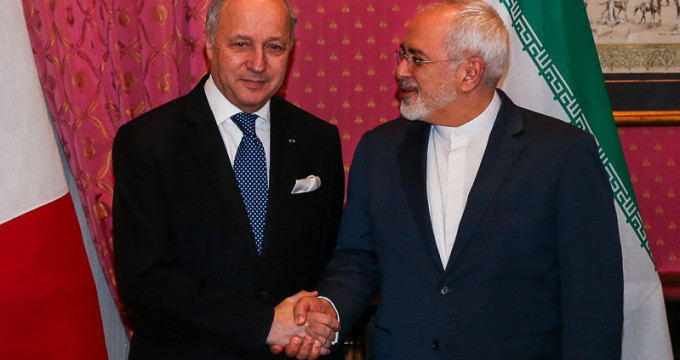 The French who are being influenced by Israel could try to stall nuclear talks underway between the P5+1 and Iran in Switzerland, an activist and radio host in California says.

“It’s clear that there is going to be an agreement worked out. [But] I think all eyes should be on the French at this point. I think the French are being heavily influenced by the Zionist Jews out of Tel Aviv. They’re making some statements that are incredibly problematic,” said Rodney Martin, a former US congressional staffer.

Iran and the P5+1 –  the US, Britain, France, China, Russia and Germany – are engaged in intense negotiations to work out a comprehensive agreement aimed at ending the longstanding dispute over the Islamic Republic’s civilian nuclear work as a July 1 deadline draws closer.

Iran and the US have reported progress in the talks, but have also said that they are not rushing to reach the deal just for the sake of beating the self-imposed end-March deadline for a framework agreement.

Sources close to the Iranian negotiating team say the main stumbling block to resolving the Western dispute over Iran’s nuclear issue is the timetable for the lifting of anti-Iran sanctions.

Martin said that “it is very clear that the Obama administration wants an agreement despite the efforts of Israel, which is unprecedented in history.”

“Despite the Republican threats of avoiding the agreement after President Obama leaves office, there will be some form of an agreement,” he stressed. “The Chinese are onboard, the Russians are onboard, and most definitely the Germans are onboard. All of these countries enjoy very, very good relations with Iran.”

Forty-seven Republican senators sent a letter to Iran on March 9, warning that whatever agreement reached with Obama would be a “mere executive agreement” that could be revoked “with the stroke of a pen and future Congresses could modify the terms of the agreement at any time.”

Israeli Prime Minister Benjamin Netanyahu made a speech before a joint session of Congress on March 3 during which he ranted for nearly 40 minutes against Iran talks.

He was invited by US House of Representatives Speaker John Boehner, a Republican from Ohio, after Obama threatened to veto any sanctions legislation against Iran during his State of the Union address in January.

Martin said, “There’s one thing that all of these countries [China, Russia, Germany] understand that these neocons and the Jewish Zionist supporters do not understand, and that is the clock moves forward, it does not move backwards.”

“But I think there will be an agreement reached by the deadline.  And I think it will be a tremendous black eye and defeat for Israel,” he noted.