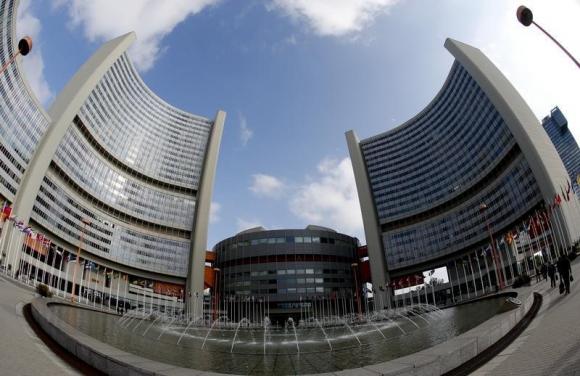 The sustained aerial bombardment of a country’s capital city and other cities by other countries, as has been the case with Yemen today, warrants immediate and forceful condemnation by the UN Security Council as a breach of international peace and security under Chapter VII.

Yet, not only the UNSC has failed to live up to its duties in this case, worse, permanent members such as U.S., France, and England, have explicitly supported the unprovoked Saudi-led warfare on the poor yet resilient Yemen, which has so far resulted in serious civilian casualties, without the slightest qualm about the legal absurdity of their position.

As a result, the mainstream Western media, which has been awash about the potential sectarian consequences of Iraq’s current campaign to rid itself of the ISIS terrorists, has been particularly silent on the naked, and brutal, reality of a collective Sunni assault on Yemen’s long-suffering Shiites, who have recently managed to take their destiny in their own hands. There is hardly any Western editorial condemning or seriously questioning this flagrant violation of Yemen’s sovereignty, following the footsteps of UN’s unprincipled inaction.

But, from the prism of international law and UN’s Charter, there is no doubt whatsoever that the massive aerial attacks on Yemen lack the slightest legitimacy and constitute a war crime, irrespective of the lame badge of approval by the Arab League, which has once again proved its internal crisis and corrosion of values, by failing to brand the anti-Yemen aggression by Saudi Arabia and its co-conspirators such as Qatar, Kuwait, Egypt, and Turkey, as a serious insult to the founding principle of Arab unity based on mutual respect, for the simple fact is that Yemen today is being pulverized by high tech bombs that destroy not only lives and infrastructure in Yemen, but also the very normative and ideological fabric of Arab unity, displaying instead the triumph of sectarianism over pan-Arabism, as vividly demonstrated by Algeria and Syria’s condemnation of the on-going atrocities, which are rationalized by the repressive Saudis in the name of preventing a “coup” and restoring the legitimate government in Yemen, thus acting as king-makers for their troubled neighbor which has been in the throes of a popular rebellion for over a decade.

Simultaneously, a second rationalization has been provided, e.g., by Turkey’s president, by blaming Iran and thus committing an illicit political reductionism, by reducing the internal dynamic of Yemen’s politics and revolution to the manipulative hands of “foreign governments,” yet without being able to provide the slightest evidence to corroborate their allegations of an Iranian meddling in Yemen. Their unsubstantiated claim that Iran has been secretly funneling arms to Yemen is contradicted by U.S.’s own admission that hundreds of millions of dollars of military hardware has fallen into the Houthis’ hands, including some cutting-edge armament.

Yemen as is well-known is flush with arms, which is why the battle-hardened Houthis are no easy match for any ground assault by Saudis and its partners.

The fact, which is hard to swallow by Riyadh, is that the power shift in Yemen is a fait accompli and Yemen is not another Bahrain that the Saudis can dictate their will on so easily. The net winner of this unprovoked assault might turn out to be the dreaded Al-Qaeda in the Arabian Peninsula, which will try to exploit the power vacuum in Yemen to its advantage. Hence, the bottom line irrationality of the current military gambit by the Saudis and its “coalition” that naively focus on the threat from the Houthis, who represent a substantial segment of the population and have roots in various provinces, instead of the threat of terrorism.

On the other hand, if the international community fails to intervene and put a stop to the Saudi-led madness, a humanitarian catastrophe will soon plague Yemen, further hardening the resolve of proud Yemenese to stand up to their bullying neighbors, who are sectarian to the core. In turn, this requires a proper understanding of the root causes of the present crisis in Yemen, which as stated above, is both historical and complex and does not not lend itself to the simplistic Iranophobic prism. In a word, Yemen is not the “next battleground between Iran and Saudi Arabia,” as is popularly coined in the West, but is rather a revolutionary theater marked with foreign, reactionary, intervention, reminiscent of the great modern revolutions.

But, by all indications, the Saudis’ desperate attempt to resurrect the ancient regime is a doomed fight, and the sooner they reckon with this reality, the better. Meanwhile, the UN Security Council must awaken from its current slumber and take direct action to stop this serious breach of international norms that has already damaged its reputation, notwithstanding the inexcusable ‘nod’ to the illegal military operation by the Secretary General Ban Ki-Moon. Ban’s expressed concerns about the “protection of civilians” indeed rings hollow and disingenuous, given the unacceptable casualty figures already reported in world media.

In conclusion, while the fog of war in Yemen prevents a clear forecast of its eventual outcome, there is no doubt however that the UN and its leadership have weakened their own image in the international community by in effect condoning the brutal and unprovoked assault on Yemen.

This article was written by Kaveh L. Afrasiabi for EurasiaReview on March 28, 2015. Kaveh L. Afrasiabi, Ph.D. is a political scientist specializing in Iran’s foreign and nuclear affairs, author of several books including the forthcoming: Nuclear Iran: Detente and Negotiations Since the Geneva Accord of 2013 (co-authored with Dr. Nader Entessar).