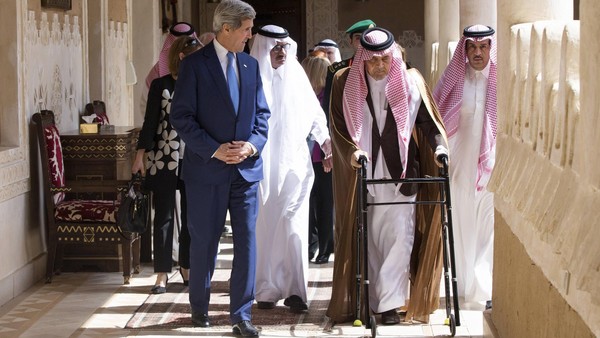 The effrontery with which Benjamin Netanyahu, Israel’s prime minister, and his Republican partisans in the US Congress, have tried to abort President Barack Obama’s putative nuclear deal with Iran has uncorked much sound and fury.

Rather less attention has been given to what might happen in the Middle East after any such deal. That is what most concerns Saudi Arabia and – less stridently – Turkey, America’s traditional allies in the region aside from Israel.

John Kerry, US secretary of state, has devoted great effort in particular to appeasing the anger and assuaging the fears of Saudi Arabia and its Sunni allies, who see in Shia Iran a rival for hegemony not just in the Gulf but across the Levant.

Iran P5+1nuke talks, Iran-US nuclear talks, Iran's nuclear program, John Kerry, Quoted, Saudi Arabia, US Secretary of State March 15, 2015
Iran hopes to resolve differences with US at next round of nuclear talks
FM Zarif: It is not hard to arrive at solutions