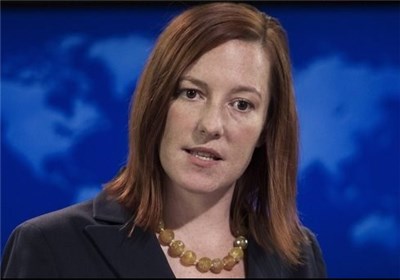 (Reuters) – The U.S. State Department fought back on Friday against the latest Republican criticism of the Iran nuclear talks, saying any moves to lift U.N. sanctions if there was a deal would not limit U.S. options for future action against Tehran.

Reuters reported on Thursday that the United States and five other major powers and Iran have begun talks on a possible draft resolution to endorse any future deal and address the lifting of U.N. sanctions.

In a letter to U.S. President Barack Obama sent before the Reuters story was published, Republican Senator Bob Corker warned that any move by the administration to bypass Congress and go straight to the U.N. Security Council with an Iran deal would be “a direct affront to the American people.”

State Department spokeswoman Jen Psaki told reporters a Security Council resolution would not impact the U.S. ability to act unilaterally on Iran or compel it to remove sanctions, many of which pre-date U.N. nuclear penalties.

“The Security Council would not impose new binding obligations on the United States that would limit our flexibility in any way to respond to future Iranian non-compliance,” Psaki said.

She added it was always known the council would need to act to repeal U.N. sanctions if there was a deal.

Some eight U.N. resolutions, four of them imposing sanctions, demand that Iran halt uranium enrichment and other sensitive atomic work. They also bar the country from buying and selling atomic technology and anything linked to ballistic missiles. There is also a U.N. arms embargo.

Western officials close to the talks said one of the advantages of a U.N. resolution endorsing a deal with Tehran is that it could shield any agreement from attempts to undermine it. Some 47 Republicans wrote an open letter to Iran’s leadership this week warning that any deal with Obama bypassing the Senate would not be binding and could be rescinded later.Israel also opposes the deal.

Psaki acknowledged that steps taken by the council under Chapter 7 of the U.N. Charter related to unwinding U.N. sanctions would be binding for U.N. member states. Chapter 7 deals with measures to compel countries to comply with U.N. decisions.

However, a mere council endorsement of the deal would not make the agreement binding for Washington, she added.

Other Western officials close to the talks said a council endorsement would make the deal binding for European Union states.

Britain, China, France, Russia and the United States — the five veto-wielding members of the Security Council — plus Germany and Iran are discussing a possible U.N. resolution. The topic has become a major issue in difficult negotiations that resume next week over constricting Iran’s nuclear ability.

Iran and the six are aiming to complete the framework of a nuclear deal by the end of March and achieve a full agreement by June 30. The deal would curb Iran’s most sensitive nuclear activities for at least 10 years in exchange for a gradual end to all sanctions on the Islamic Republic.