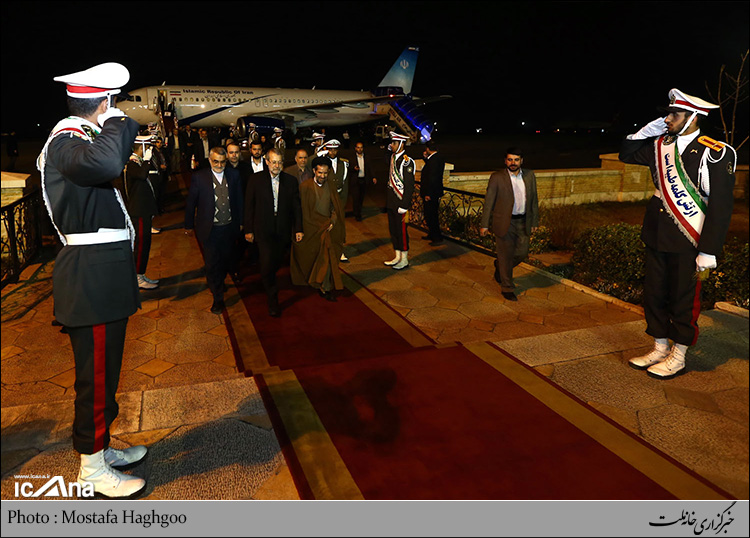 Talking to reporters after arrival in Tehran’s Mehrabad Airport from Qatar, Larijani expressed hope that Iran’s economic cooperation would be expanded with Qatar and Kuwait in near future.

He noted that the latest regional developments also were discussed during his visit.

Larijani stressed that the level of parliamentary relations are set to be increased among Iran, Qatar and Kuwait.

Larijani left Tehran for Kuwait at the top of a parliamentary delegation on the first leg of a regional tour that also took him to Qatar on Monday evening.

Larijani wrapped up his visit to the two Arabic countries on Wednesday evening.