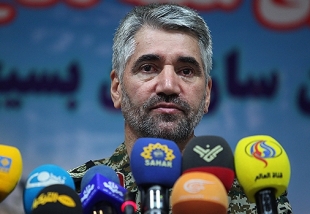 Lieutenant Commander of the Basij Force Ali Fazli said Tuesday that Major General Ghasem Soleimani, the Commander of the IRGC Quds Force, is on the front line of the battle against ISIL to defend Islam, adding we pray for his success and health.

As for nuclear talks, he said part of the country’s capacity is tapped into on the diplomacy front, adding Iran’s armed forces are undertaking their responsibility [to defend the country].