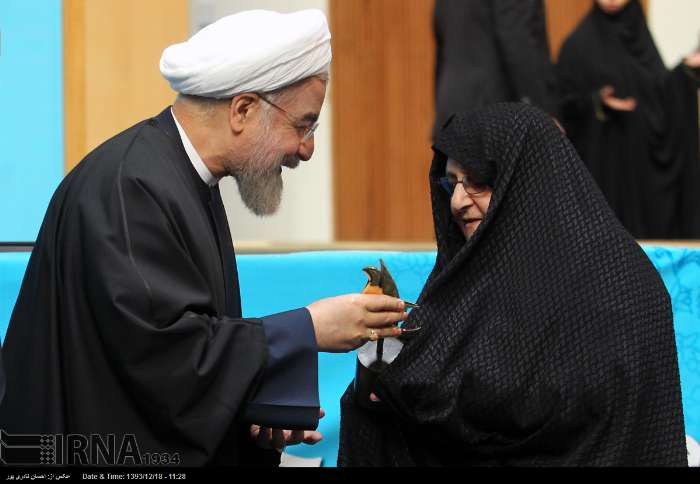 He made the remarks here Monday morning while addressing the opening of a gathering to pay tribute to the sublime status of martyrs.

He said such a presence is indeed an honor for the country as the leaders of Iran’s diplomacy are now engaged in a Jihadi war to defend the country.

The same way that great commanders led the war against the enemy countries years ago, now the Iranian diplomats are doing the same to defend the nation, the President stressed.

He went on to pay homage to the sublime position of martyrs and said Iranians are proud of their leaders, namely the founder of the Islamic Republic the Late Imam Khomeini and the Supreme Leader of the Islamic Revolution Ayatollah Seyyed Ali Khamenei.

The President also noted that Iran’s engagement in the war (against the Iraq’s Saddam regime) was to defend the country not to attack other nations or usurp other lands and countries.

He said a nation which pursues the culture of Ashura and looks at Imam Hossein (AS) as a role model would never submit to oppressors or give up their ideals.

The president stressed that Iran was not after invading any country or attacking any nation but certainly defending its own people, dignity and independence.

He said today’s resistance of the Iranian nation against the big world powers could not be possible without the sacrifices and resistance of martyrs.