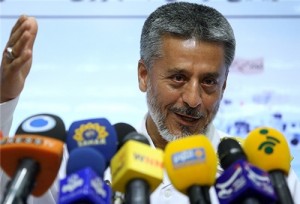 Speaking at a ceremony for the official coming into service of Damavand in the northern port city of Bandar-e-Anzali, Rear Admiral Habibollah Sayyari said the new destroyer enjoys high-tech systems, some of which has been installed on a vessel for the first time.

The advanced destroyer is capable of tracking the aerial, surface and sub-surface targets simultaneously. Elsewhere in his comments, Sayyari described the Caspian Sea as one of Asia’s most important regions and a strategic zone for Iran.

“The Caspian Sea, with its special circumstances, has much influence on the regional equations,” he added.