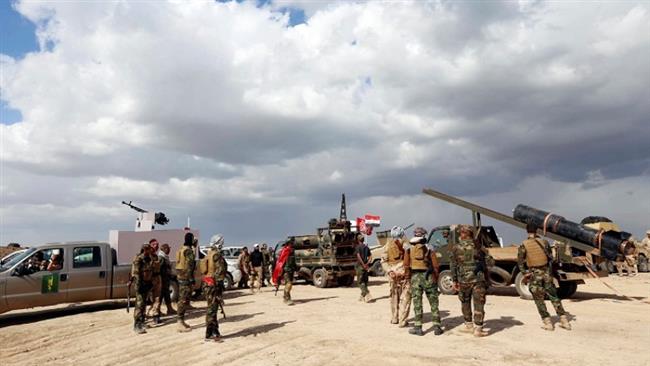 Iraqi forces have managed to liberate 97 regions and districts from ISIL Takfiri militants in their ongoing operation in Salahudding province.

In a statement on Wednesday, Iraqi interior ministry announced that dozens of ISIL militants were killed in the ongoing battle in Salahuddin Province.

The Iraqi police said that the country’s forces are now making gains in the battle against militants, adding that the ISIL strongholds have been targeted in the first phase of the offensive aimed at liberating the province.

Iraqi forces have also managed to destroy a number of explosive-manufacturing centers in the operation.

The Iraqi army, backed by volunteer Shia forces, has launched a major offensive against ISIL militants in Salahuddin Province, a stronghold of the Takfiri militants.

Thousands of troops and Shia fighters have been mobilized to push the ISIL militants out of Salahuddin.

“The prime minister and armed forces chief … announce the start of the security campaign to liberate Salahuddin,” read a statement issued by Iraqi Prime Minister Haidar al-Abadi’s office on Monday.

The ISIL terrorists control parts of Iraq and neighboring Syria. They have been engaged in crimes against humanity in the areas under their control.